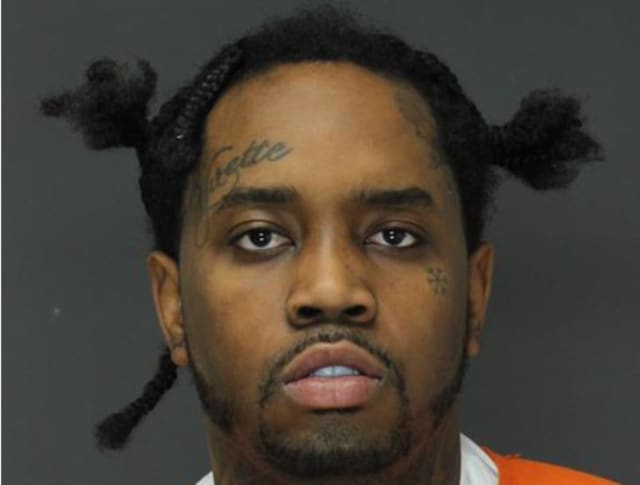 According to Fort Lee police, an officer approached the rapper asking for his driver’s license after he left his Mercedes Benz running in a no-parking zone on Lemoine Avenue at Bruce Reynolds Boulevard as he went into the nearby Citibank. Rather than complying with the request, he simply walked away, reports Daily Voice.

Fivio, real name Maxie Ryles III, then kept resisting arrest as backup Officer Gabriel Avella asked him to stop so they could talk. Fivio “acknowledged but ignored him and continued to walk away,” then began running toward The Modern luxury apartments on Park Avenue, the Police said. After a brief chase, they nabbed him and a loaded .25-caliber handgun fell from Fivio’s waistband. The gun had a defaced serial number.

Police charged Fivio with weapons possession, having a defaced firearm and resisting arrest. They then sent him to the Bergen County Jail, where he remained Thursday pending a first appearance in Central Judicial Processing Court in Hackensack.

Fivio had also spent a few days in the county lockup last October on charges of assaulting his pregnant girlfriend at a luxury apartment complex in Edgewater. He was accused of punching the victim in the back of the head, kicking her and hitting her with a glass bottle before pushing her into the hallway naked.

Fivio recently released a new song/video ‘Self Made’ which you can watch below.