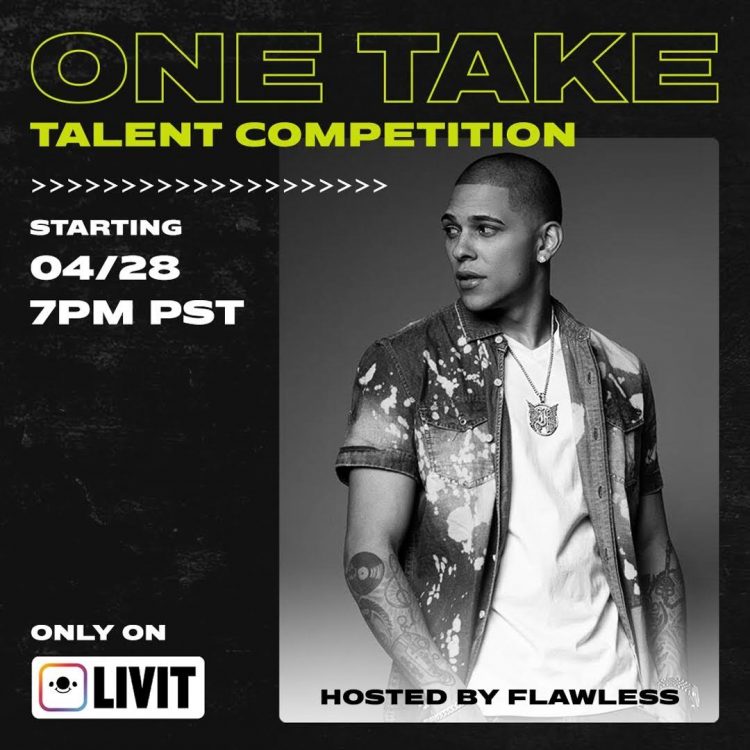 LIVIT was launched in 2017 and is home to over 60 million users worldwide and now, the live streaming app have announced that they will be hosting a talent show.

It will be hosted by Rhode Island rapper Flawless Real Talk, who is also a partner of the app. You might remember him from the Netflix show Rhythm + Flow, which makes him perfectly suited to host this one.

The show is called One Take and starting today (April 28), it will be live streamed every Wednesday at 7PM PST for four weeks on LIVIT’s official account on the LIVIT app here. The finale will take place on May 12th with a reunion show one week later.

The show starts out with 6 participants who will perform one after another. The first round will see a pair of contestants eliminated, as will the semi-finals, so that the final two acts can compete in the finale. The winner will receive $2,500 and some perks within the LIVIT app like badges and coins.

“When I first signed on with LIVIT, I wanted to work with a platform to help me connect with fans around the world while monetizing and giving back to those in need. Now, to see that we are giving others on the app that platform to showcase their skills, help them connect to a wider audience, and find monetization opportunities is a testament to us accomplishing what we set out to do. I’m excited to host the show and see all the amazing talent shine from these streamers.”

You can download LIVIT on Google Play here and on the App Store here. Read more about LIVIT on their website.