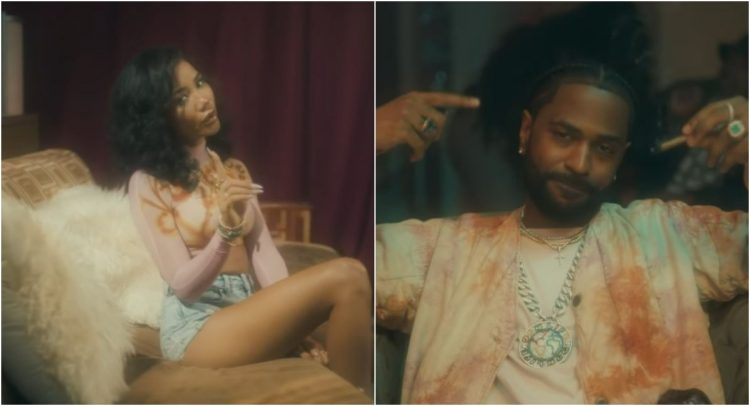 Jhene Aiko has shared the music video for her song ‘Tryna Smoke’ in obvious celebration of the marijuana holiday, 4/20.

Jhene is joined by family and friends including boyfriend Big Sean and sister Mila J as they first test out the weed and then have a smoke session to enjoy the relaxed night. Watch the old school TV-style video directed by Eyes below.

‘Tryna Smoke’ appeared on the Def Jam singer’s latest album Chilombo which received multiple GRAMMY nominations including one for album of the year, and is already certified platinum by the RIAA.