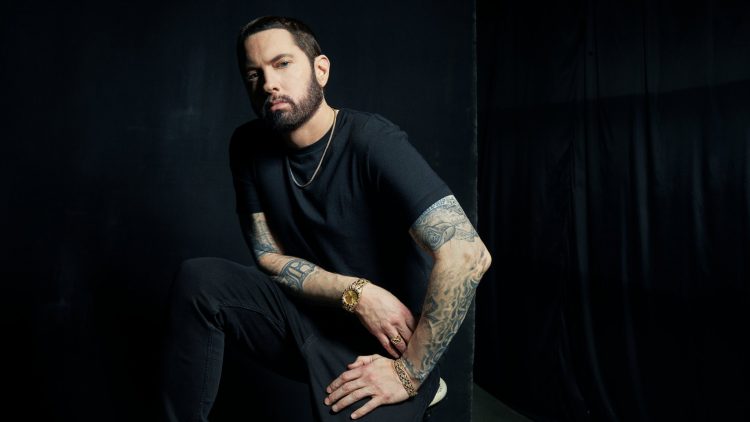 An important copyright case is brewing up behind the scenes in the music industry involving Eminem songs.

In 2019, Eminem’s publisher filed a lawsuit against Spotify alleging that the streaming service had infringed the copyrights in almost 250 of his songs including one of his biggest,  ‘Lose Yourself’. The independent publisher, Eight Mile Style had then filed an additional complaint alleging that royalty collection organization Harry Fox Agency conspired with Spotify to conceal the infringement by backdating Notices of Intention to obtain compulsory mechanical licenses and also falsifying royalty documents.

HFA, which issues mechanical licenses so that the song owners can get paid proper royalties, is being accused of favoring Spotify to the detriment of publishers and a result, they are not properly paid what’s due to them. HFA had tried to argue that no valid case against them stands in the eyes of law but a federal judge has ruled last week that Spotify USA Inc.’s agent the Harry Fox Agency LLC must face allegations by Eminem’s music publisher that it contributed to infringement of copyrights linked to “billions of unlicensed streams of the rapper’s songs.”

“The most egregious example of Spotify’s willful infringement is with respect to the iconic musical composition ‘Lose Yourself,’” wrote attorney Richard Busch in the complaint, noting that the song topped Billboard charts for months and won an Oscar for best original song and multiple Grammys. “Despite ‘Lose Yourself’ being one of the most famous and popular songs in the world, HFA informed Eight Mile in February, 2019, that Spotify, and its agent HFA, had placed ‘Lose Yourself’ in what they call ‘Copyright Control,’ an internal HFA designation reserved for songs that HFA does not license because HFA supposedly does not know who is the copyright owner or how to contact the copyright owner of the song. Putting one of the most well-known songs in the world in this category is objective evidence that Spotify, through HFA’s contributions, engaged in willful copyright infringement.”

Eight Mile Style argues that Spotify did not have any mechanical licenses, “direct, affiliate, implied, or compulsory, to reproduce or distribute” to the nearly 250 songs Eminem songs which includes the chart topping and Oscar winning ‘Lose Yourself’.

“HFA protests that all it is accused of doing is sending letters based on information it received from Spotify,” writes U.S. District Court Judge Aleta Trauger in Nashville. “At this stage, however, the court is required to take the plaintiffs’ allegations as true, and those allegations include the plaintiffs’ claims about how and why industry practice and HFA’s own reputation allowed HFA’s actions to conceal Spotify’s lack of a valid mechanical license for the Eight Mile Compositions. The purpose and effect of that concealment, moreover, was not simply to prevent past infringement from being discovered, but to allow infringement to continue. Even if HFA was innocent in Spotify’s first alleged instances of infringement, the plaintiffs have plausibly alleged that its actions contributed to Spotify’s ability to continue infringing over time.”

Trauger later adds, “It may turn out that HFA is right and that its actions were truly blameless (or at least non-actionable). The plaintiffs’ allegations depend, in significant part, on their own contentions regarding how certain documents would have been construed in the context of the conventions and ordinary practices of the music business. Of course, HFA itself is a veteran of the same business, and it disagrees with those assertions. At this stage, however, all the court can do is take the plaintiffs at their word, as it is required to in connection with a Rule 12(b)(6) motion, and wait to reevaluate the plaintiffs’ claims when a record has actually been made.”