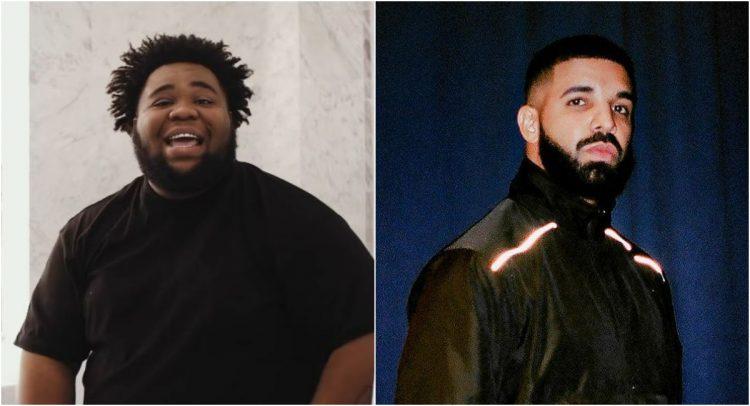 Rod Wave has revealed that he was originally featured on Drake’s song ‘Lemon Pepper Freestyle’ from the Scary Hours 2 pack.

The St. Petersburg, Florida rapper-singer was a guest on the latest episode of The Plug Radio with Eddie and Nick on Apple Music 1 where he said that he was supposed to be on the track alongside Drake but he wasn’t happy with his verse so decided to scratch it.

“I was supposed to be on… What’s that song called? ‘Lemon Pepper Freestlye’.. Yeah, I supposed to be on that but I didn’t like how my verse came out. So I kind of scratched it,” said Rod who recently released his latest album SoulFly which is in contention for a #1 debut on the Billboard 200 chart this week with first week sales of approximately 140k. He added that he got “cold feet” because of the Drake look.

“Not like I scratched it. I didn’t like how my voice came out and you know with a Drake feature, you don’t want to, you know what I’m saying? It’s like my first thing, it’s a big deal, have to come with it, you know what I’m saying? All that. I kind of had got cold feet, so kind of shook me up a little bit. So I was like don’t worry about it,” he continued. Rick Ross is the guest on the version that was released to the public but Rod didn’t mention if Rozay was an original feature on it.

The topic of Drake came up when Rod talked about clearing the ‘Over My Dead Body’ sample for his song ‘OMDB‘. He revealed that he reached out to Drizzy personally for clearing it which he did, of course.

Earlier in the interview, Rod Wave said he wants to do an entire EP with Ed Sheeran while he’s also a big fan of Adelle and Country music. “Man I’m trying to do a whole EP with Ed Sheeran. I’m going to talk it into existence man,” he said.