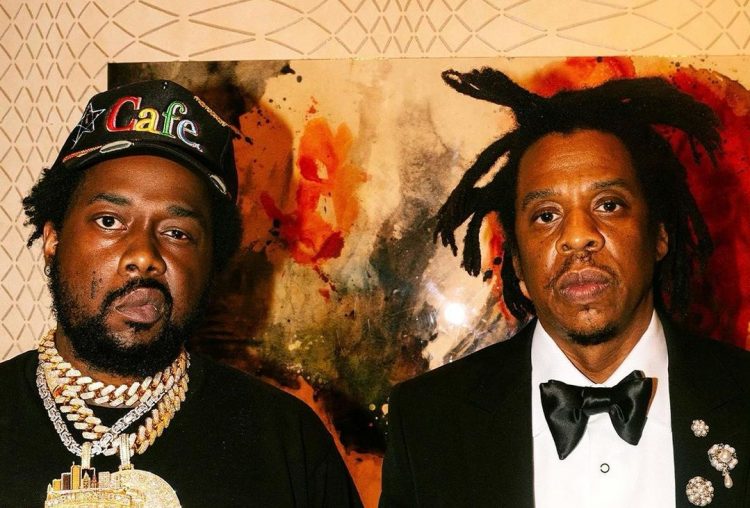 We all have been anticipating the release of new music from JAY-Z but it looks like we would have to wait a bit longer for it.

Although it is a recurring joke on social media that the rap mogul is usually recording new music when he grows his hair out but this time, he is taking a seat back and perhaps focusing on the various business ventures that he is occupied with. Conway The Machine reveals that during a recent interaction with Jay, the latest Rock & Roll Hall of Fame inductee told him that he’s not recording any new music at the moment.

“Just regular, actually like, when I’m around Jay-Z, we don’t really talk about music or none of that. We just be chilling. Like, we knew each other forever almost. Jay a cool dude, down to earth. And I don’t wanna be not like, harassing with a bunch of, you know, questions and all that. I just like our vibe, like he just a regular dude like me, and that’s how he act, and it’s dope… but the level of respect is there. It’s like, you get jewels out of him that you don’t even know you getting them. You just gotta know that was a jewel, you know what I’m saying,” Conway told Nadeska about his recent day spent with Jay-Z, during an interview on Apple Music 1.

“So, when we was chilling that day, you know, I’m saying, I actually spent the whole day, the whole of that day, when I posted that picture,” he continued, referring to the above two photos the Griselda rapper posted last month.

Conway says that Hov told him he’s got to be inspired by something special to head back into the studio.

“I was asking him, I’m like, ‘Yo, you gonna record more? You been cooking up, what you doing?’ And he actually was like, ‘nah man, I ain’t, I ain’t’ and he was saying the way he records is kinda like how I do it. It’s gotta be a vibe. Like, I gotta hear something, they gotta take me there, I gotta be experiencing something, I gotta do something. And was just like, wow, and I’m just sitting there soaking up jewels, you know what I’m saying. But that’s what it was like with Hov. I’m a listener, so, I’ma sit back and collect all the jewelry as I, as much as I can,” Conway continued.

During rest of the interview, which is airing in full on Friday night, Conway said that his next album, the follow up to last month’s La Maquina, is ready and coming in June or July. “That’s all done. Everything is ready and locked and loaded. That should be coming out this summer. Like, June or July, and I’m excited, you know what I’m saying. That, you know, we had to go through the channels I had to go through a lot of the stuff that had sample issues, and we couldn’t get some stuff cleared. So, songs, you know, didn’t make it, that got put out early on other projects. So we had to make other songs and stuff to make up for it. So it, it was a process but it’s finally complete. And I’m excited man, and this summer, man, it should be out for the fans. I’m thinking July,” he said.