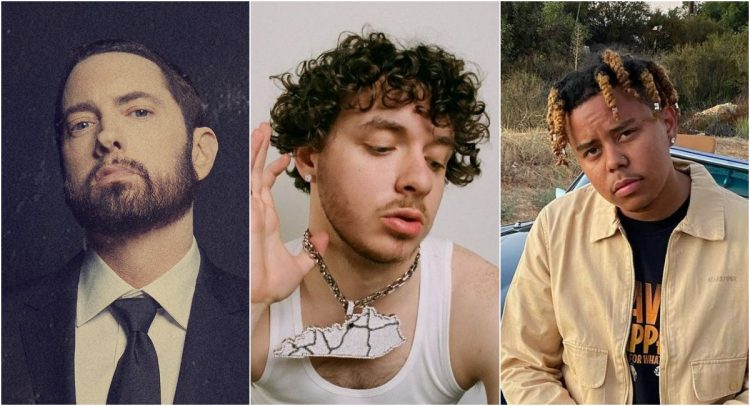 Eminem made the surprise announcement on Thursday that he is releasing a remix to his song ‘Killer’ featuring Jack Harlow and Cordae.

The announcement definitely came unexpected to fans because the original song isn’t currently in rotation on radio and has been out in December when he released the deluxe edition of Music to be Murdered By last December. The DA Doman-produced cut was definitely a standout on the album.

The veteran rapper is joined by two of the rising stars in music right now: Jack Harlow and Cordae on the new version which is now out everywhere to listen. Press play below.

Director Cole Bennett has been teasing an Eminem and Post Malone collaboration over the past few days but it has not been officially confirmed by them or their teams.