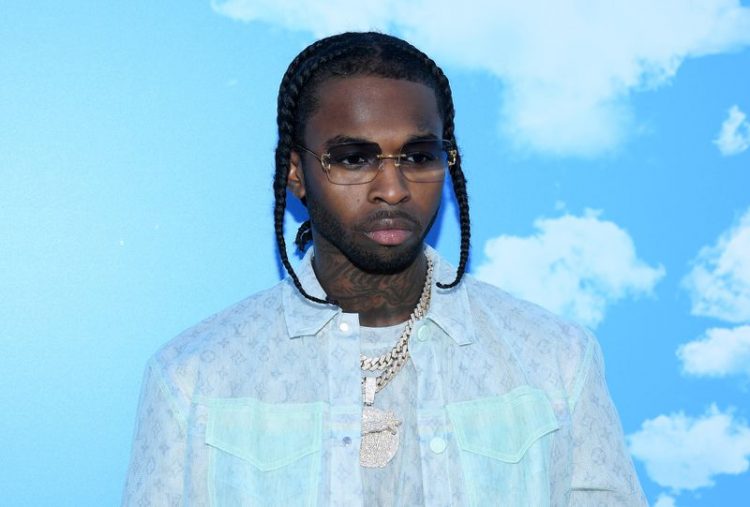 While the world continues to mourn over the very unfortunate death of Pop Smoke, new details of his murder have surfaced today (Friday).

The rap star was murdered by a 15-year old teen who was in the company of 3 other individuals in the ambush that took place in Los Angeles last year. According to a new report from NY Daily News, the group of men intruded into his Airbnb rental in the Hollywood Hills and wanted to steal his diamond-studded Rolex, according to a testification by a detective.

The intruders were also after Pop Smoke’s Cuban link chain but were unsuccessful. They later resold the Rolex at just $2000. The teen, who shot Pop Smoke, allegedly admitted his role in the slaying during a recorded interview with a cellmate at a juvenile detention center last May. He’s now facing murder and robbery charges. “He admitted that he shot the victim three times with a Baretta 9 (mm.),” LAPD Det. Carlos Camacho testified Friday at a preliminary hearing for a different suspect, Corey Walker, 20. He is the sole adult defendant in the case.

“They got into a fight, and he shot him three times,” Camacho said, citing the youngest defendant’s recorded jail interview. “He said he shot him on the back,” he added, referencing the 4 am home invasion that took place on Feb. 19 last year. Camacho also mentions that Walker, who was the driver of the car that got away after the incident, confessed his role secretly during a recorded jailhouse interview with a different informant placed in his cell after his July arrest.

“He said that when the individuals got inside, the suspects confronted (Pop Smoke), who was in the shower naked,” Camacho testified. The teens inside demanded Pop Smoke’s jewelry, which he was still wearing, and even said “Thank you” when it appeared that the rapper was complying. But the Brooklyn rapper then decided to fight back and “rushed” the intruders, who “pistol whipped” him before the 15-year-old suspect shot him in the chest, Camacho said, citing Walker’s account.

Det. Christian Carrasco testified Thursday that a woman who was with Pop Smoke in the rented home’s bedroom recalled seeing a group of men storm through curtains from a balcony accessible by a backyard staircase. One of the men allegedly pressed a black semi-automatic firearm to her forehead and shouted, “Shut the f**k up. Do you want to die?”

“She heard a struggle coming from the shower area and heard Mr. Jackson screaming. Mr. Jackson ran out of the bathroom and then she heard a loud pop and [heard] Mr. Jackson fall to the ground,” the detective said.

Carrasco said, citing the woman’s testimony, that “two other individuals began to kick him (Pop Smoke).” Jackson’s mother, Audrey Jackson, who was at the hearing on Friday, was very upset at hearing this. “I didn’t know any of this. It’s all new. I just knew my boy was gone,” she said after the hearing ended Friday.

“Now it really feels like he’s not coming back,” she said, tears coming down in her eyes. “I don’t know what I thought being here would do. I thought something would happen that would help me feel differently. But to hear they kicked him when he was down. It’s so disrespectful and dishonorable. There was no honor in this. And the irony in this is that those same kids are the kids he said he made music for,” she added.

“There need to be consequences, sufficient consequences,” she said. “But as a people, we have work to do. Our children are killing each other. This just makes absolutely no sense to me.”

According to the law enforcement officials who testified, all four defendants were members of the same street gang and learned of Pop Smoke’s whereabouts from his Instagram account, as previously reported. Pop had revealed the address of the AirBnB rental in an Instagram photo (it was mentioned on a gift bag) where he also had a stack of cash with him. The cash was later found still inside a drawer at the rental home, according to testimony Friday.

Walker’s defense lawyer Christopher Darden made a motion to have Walker’s murder charge dismissed, arguing that he was only the driver that night, never entered the house and even told the younger defendants not to shoot anybody. “He’s clearly not an aider and abettor of premeditated murder,” Darden argued. “At most, he’s a principal in a robbery… He’s a driver. He is outside.”

But Williams responded by arguing that Walker had scouted the house hours earlier and knew that his co-defendants planned to rob the Brooklyn rapper at gunpoint to obtain the valuables he flashed in his Instagram photos. “They specifically target this house wanting this victim to be there,” she argued, adding that Walker’s actions showed a “reckless indifference to human life.”