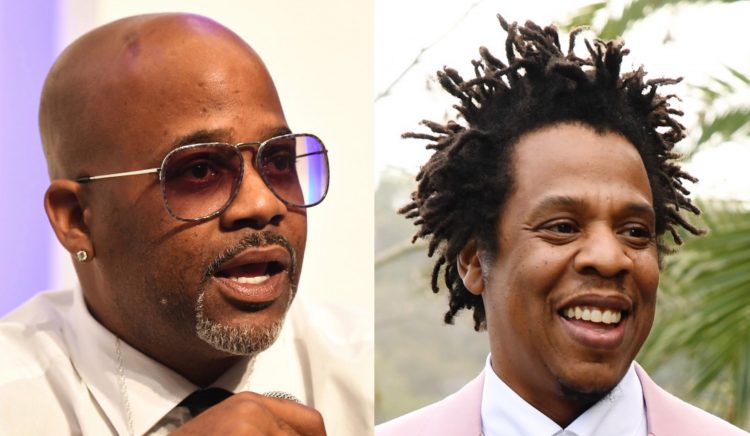 A few days ago, the news of JAY-Z suing legendary photographer Jonathan Mannion for exploitation and selling photos without his permission, with the photos dating back to Reasonable Doubt. The lawsuit surprised fans, but it wasn’t the only one to do with Hov’s debut album that we’ve heard about in the last few days.

JAY and Roc-A-Fella also sued Dame Dash after he allegedly attempted to sell the album as an NFT on SuperFarm. The lawsuit claimed that “Dash can’t sell what he doesn’t own. By attempting such a sale, Dash has converted a corporate asset and has breached his fiduciary duties. The court should stop Dash… and hold him accountable for his brazen theft.”

Dame Dash has now responded, saying that JAY-Z is lying and that he only owns one third of the album. “They just said that I tried to sell an NFT of Reasonable Doubt and… it’s not true. I’m not running around to different places trying to auction off Reasonable Doubt. I’ve been working with one platform and that’s SuperFarm… And the thing is I own a third of Roc-A-Fella Records and I can sell my third if I feel like it.”

Dash also confirms that JAY tried to buy Dame’s third off of him recently, saying “JAY himself tried to buy my third and it was a crackhead deal. He offered me like I was Pookie or something from New Jack City.”

He also had some comments about the rapper and his business mentality generally. “He don’t want nobody to eat but him” said Dash. “The real issue is (he has to) to compromise a man’s reputation for no reason… He’s got ‘only one man to eat’ syndrome and ‘everybody else got to work for him’ syndrome and ‘kiss the ring and we’re gonna mess up his reputation’ syndrome if you look under the hood. It continues to happen… It is f*ked up for one black man to do that to another black man in front of all these people and whoever believes that s*it is a sucker. I got a bridge I can sell you too.”

There’s yet to be a statement made in response on JAY’s side but we’ll update you when there is. Hopefully the situation can be resolved soon.