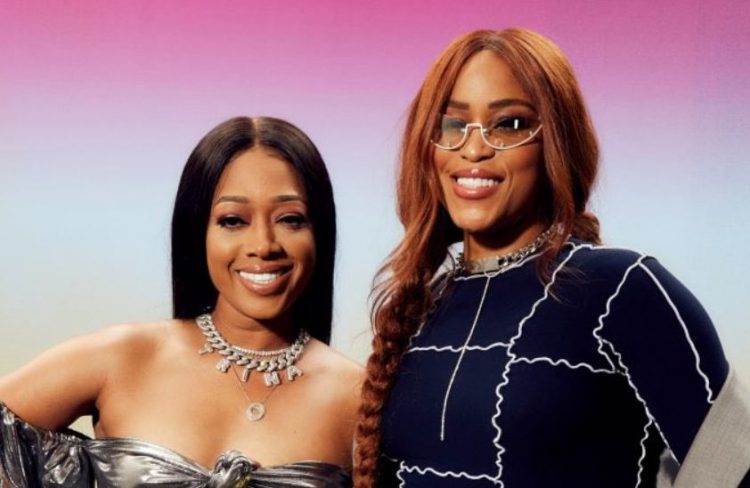 The Eve and Trina VERZUZ battle went down on Wednesday night which marked the first all female rapper event in the series.

This was a good matchup as both ladies came up in the game around the same time in the 90s and had success both at the street and commercial levels. The event had a unique setup as Trina was performing live from LIV nightclub while Eve was joining in from a location in London.

The VERZUZ battle went on for 90 minutes with both ladies performing some of their biggest songs. Trina played ‘Da Baddest B—h’, ‘Pull Over’, ‘That’s Cool’ (with Silkk the Shocker), ‘Single Again’, ‘One Minute Man’ (with Missy Elliott feat. Ludacris), ‘B R Right'(with Ludacris), ‘Here We Go’, with Kelly Rowland’, ‘5 Star’ (Yo Gotti feat. Trina, Nicki Minaj & Gucci Mane), ‘Look Back at Me’ (with Killer Mike) and more.

Eve and Trina are in two different countries with no technical difficulties.

As the saying goes, the real winner of the battle was female Hip-Hop although many fans belied that Trina had the edge.

In case you missed the live stream, you can watch the full Eve vs. Trina VERZUZ below. TIDAL has curated a playlist of all the songs played — peep it here.

The previous battle that took place was between SWV and Xscape which you can check out here.