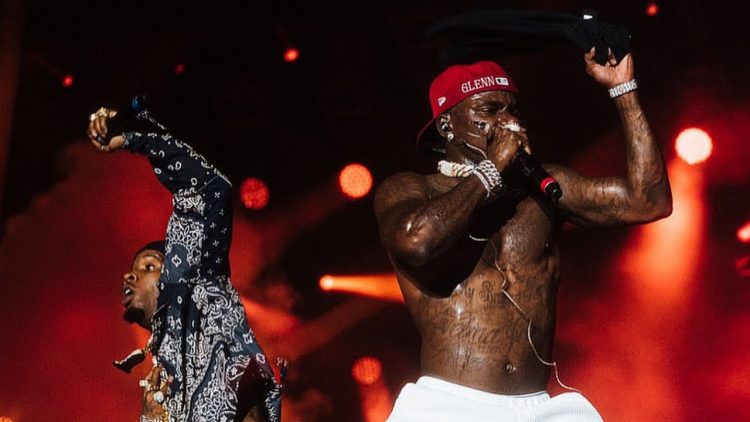 DaBaby had a big set at Rolling Loud Miami where he performed a series of hits including ‘Suge’, ‘Cry Baby’ (yes, the Megan song), ‘Vibez’ and more but it seems like he had some plans to create a stir as well.

The rapper performed right after Megan Thee Stallion’s set on the Ciroc stage and decided to bring out Tory Lanez as a surprise guest. “I’ll give somebody out here a million dollars if they can guess who in here,” he said as Tory got out of his costume onesie.

Tory is accused to shooting at Megan The Stallion but he has pleaded not guilty in the incident. Watch the clips below.

When Tory Lanez walked off the stage following the performance, the next song DaBaby played was Megan’s verse from their song “Cash Sh*t’. Messy.