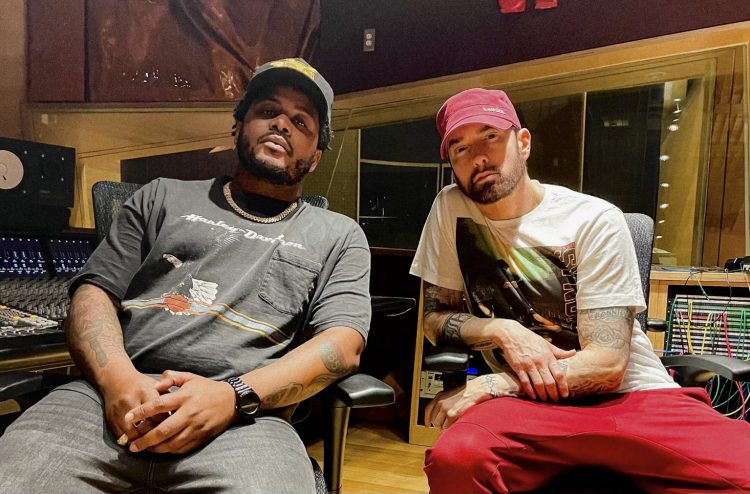 Earlier today, East Atlanta MC GRIP posted a photo to social media of him and Eminem sitting together in the studio with a handshake emoji. Fans speculated about what it could mean, but now the answer has likely been confirmed.

As most thought, it seems that GRIP has been added to the Shady Records roster. He joins current members Boogie and Conway The Machine who have both taken the platform and ran with it.

Later tonight at midnight EST, GRIP’s first song since signing to Em will drop. It’s called ‘Gutter’ and features Wara. It’s already out internationally and we can see that it’s distributed by Shady Records. Listen to it below and see what you think about the latest Shady rapper.

Grip debuted back in 2017 with his album PORCH which received acclaim from the local Atlanta community. He later returned with his sophomore project Snubnose and put out a couple of EPs in 2020, Halo and PROBOSCIDEA. Back in February, he teased fans with the release of 2 albums in 2021.