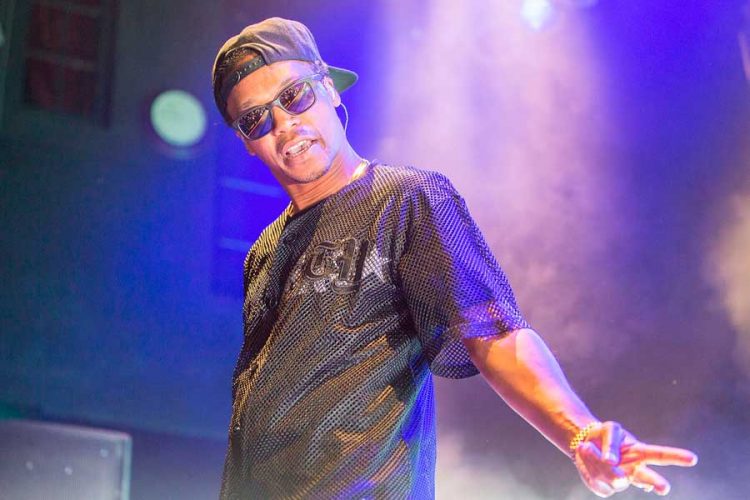 Late last night, Royce 5’9″ put out ‘Silence Of The Lambda’ after teasing it a few hours before and getting people excited. It’s seven minutes of pure rapping where Royce mostly proves himself, but also addresses Lupe and parts of their public conversation in the past couple of weeks. You can listen to it here.

Just a couple of hours after Royce put it out, Lupe took to Instagram to post a song of his own over Rich Boy’s ‘Throw Some D’s’. He called it ‘Steve Jobs‘, but the first minute or so of it was just him rapping the first minute or so of Royce’s song. It was impressive that he knew it so quickly, but people were confused. At the end, he addressed Royce saying that he respects white people more than he loves black people. Lupe pointed out the coronavirus and COVID-19 affecting the black community disproportionately and spun it on Royce, wondering what it meant that he doesn’t want the vaccine. He also called him passive aggressive, before cutting off and saying that he was going to listen to the rest of it. Now, a few hours later, he’s back with a new response.

The new one is called ‘Steve Jobs (SLR 3 1/2)’ and it’s just over 6 minutes long. It’s far more direct than Royce’s song and it also takes things a lot further. Lu opens the song by rapping “the problem is that you ain’t never had no impact, KitKats and chit chat and syntax won’t make up for how much you sit back”, and that’s one of the lighter bars.

He goes as far to say Royce’s songs aren’t memorable, he sounds like Em, he had a lot of assists in his career and that he wishes Biz was still here and Royce was taken instead. Sheesh. How did we go from ‘Portrait Of Royce‘ to this?

I felt comfortable putting “Diss” in the title because that’s undeniably the content of the song, but I don’t think there’s real hard, personal feelings from Lupe here. However, I don’t know that Royce will feel the same at all. Might be a fun few days. Listen below.