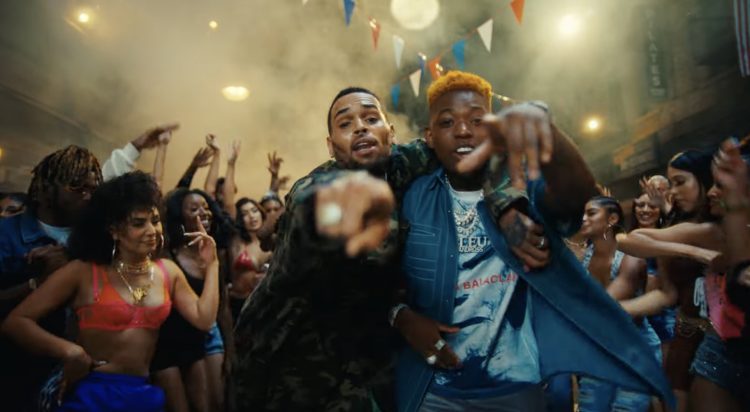 Just a few weeks ago, the Alabama artist released his single ‘Baddest’, featuring Chris Brown and 2 Chainz, and now the visual is here. Some even dubbed the track as the ‘song of the summer.’

The feel-good music video is giving us major summer vibes, being filmed outdoors with a crowd of people dancing, partying and just making us feel like a sense of normalcy is back. The visual features all three artists.

Yung Bleu also announced that he will dropping his new album Moon Boy on July 23rd. He took to social media and shared the news and how this particular project is meaningful to him. “I OVERCAME SO MANY OBSTACLES THIS YEAR. SO MANY PERSONAL STRUGGLES. SO MANY LOSSES,” he wrote in the caption. “IT FEEL GOOD TO DROP MY FIRST ALBUM AND TELL MY STORY . MASTERPIECE! MY DAY 1 FANS I ESPECIALLY APPRECIATE YALL SO MUCH FOR THE LOVE AND SUPPORT LEADING UP TO THIS.”

Bleu also shared the news that he will going on tour this summer, kicking things off in Minneapolis on August 26.

Watch the music video for ‘Baddest’ below.