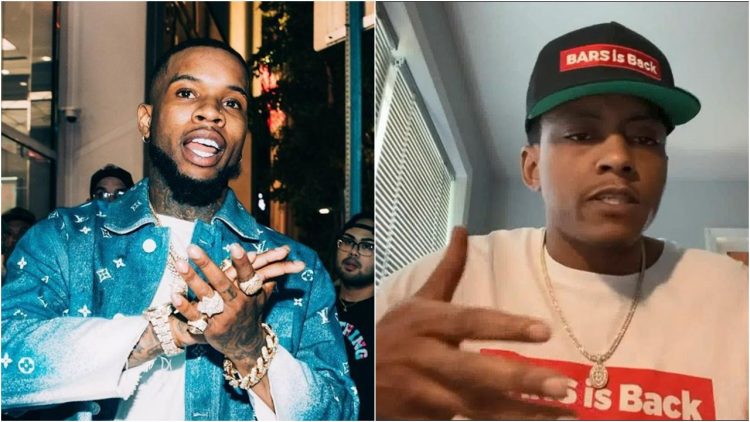 The Cassidy and Tory Lanez beef seems to be getting serious.

Earlier this month, Cassidy dropped a diss song aimed at Tory Lanez called ‘Perjury’. Cassidy was unhappy that Tory stole his flow for his freestyle on Funkmaster Flex show. Tory recently stopped by Funk Flex show on Hot 97 to deliver a five-minute freestyle over Cassidy’s classic track ‘I’m a Hustla’ which Cassidy thought had stolen bars from one of his older freestyles.

Now the Canadian rapper-singer has returned the fire with his new freestyle ‘When It’s Dark’ which also aims to promote his NFT album of the same name that is available now for fans to purchase.

“I leave Cass body in that casket his career is in / My prime to your prime, dawg, it’s no comparison,” raps Tory on his verse. “What you gon’ prepare, some Smack DVD appearances / Ding, ding, ding, 15 seconds of fame is up / Was in them hotels with R. Kelly, we should flame you up.”