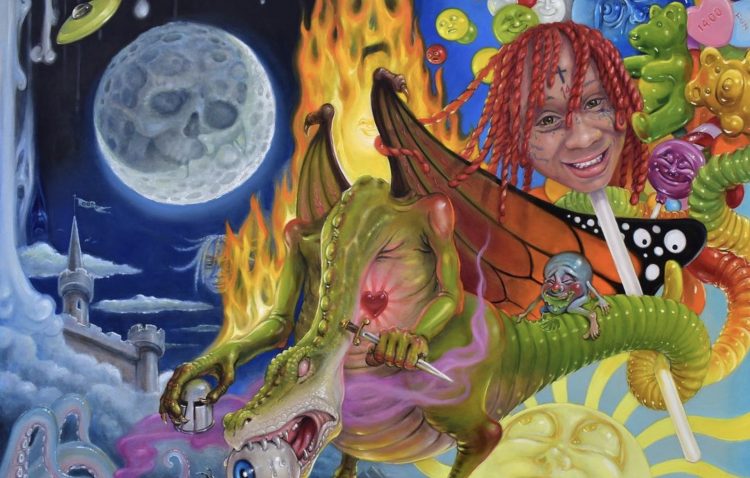 It’s only been a few months since Trippie Redd last dropped a project. He put out NEON SHARK vs. Pegasus in February as a deluxe after the album leaked a while prior. You can stream that here. Since then, he’s been working on his next album which is called Trip At Knight. Tonight, he has revealed the official track list.

There are a few big names on there, the biggest of all being Drake who appears on a song called ‘Betrayal’. Also on the LP are the late Juice WRLD and XXTentacion, amongst other big names like Lil Uzi Vert, Playboi Carti and Lil Durk. Trippie says after the post reaches 200k comments, he’ll put out the official release date, which is still one of our least favourite things that artists do, but it is what it is. Check out the post below.