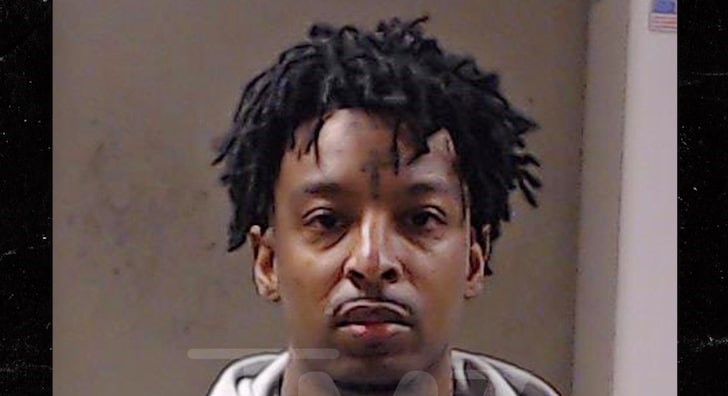 There is some bad news for 21 Savage. The rapper is facing new charges, stemming from his ICE case in 2019.

21 is facing 2 new charges related to his arrest in Atlanta back in Feb. 2019: possession of a schedule II controlled substance, and possession of a gun. Earlier this month, a local judge had signed a warrant authorizing his arrest on suspicion of felony drug possession and weapons possession.

He had turned himself in to local authorities Thursday night to face allegations. His attorneys claim that he was not aware of the warrant, which was sought by DeKalb County authorities on Sep. 7 until Thursday.

“Last night’s manufactured charges are yet another example of how our justice system, from ICE down to the local level, unjustly targets young Black men who seek to exercise their rights. There is no legitimate basis for these charges nor for ICE’s continued antics, and we will fight until Mr. Joseph is justly vindicated,” said his lawyer Charles Kuck in a statement to TMZ.

The rapper was taken into the custody of Immigration and Customs Enforcement officers on Feb. 3, 2019 but was later released on bond following a lot of attention over the arrest. He reportedly has an immigration status hearing regarding the case scheduled for Nov. 1.

The authorities allege that during the arrest in 2019, 21 threw a bottle of liquid that had codeine in it out of his car, and a handgun was found inside the vehicle which has led to these new charges reported today.