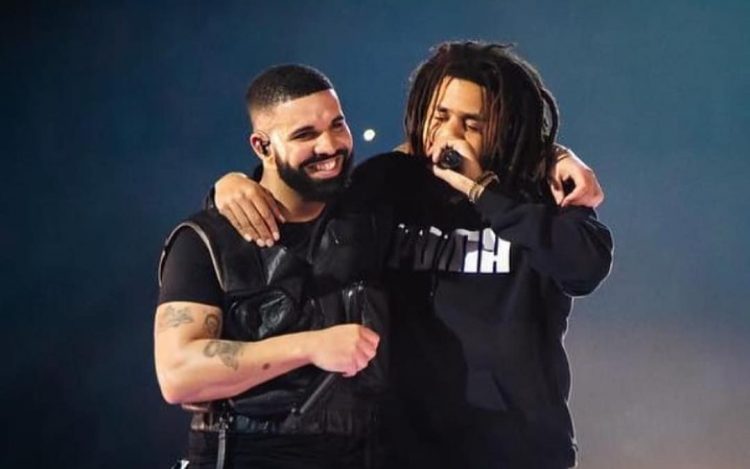 J. Cole kicked off his Off-Season tour in Miami tonight (Friday) and definitely made the night memorable.

The Rapper, who has had a great year with his critically acclaimed album The Off-Season and other business ventures, brought out Drake as well as Future as special guests during the concert. When Drizzy came out, he performed songs like ‘Laugh Now Cry Later’ and ‘Knife Talk’ with 21 Savage.

But the real highlight was when Drizzy paused for a couple of minutes to give flowers to J. Cole. As we know, Cole recently dropped a freestyle called ‘Heavens EP’ over Drake’s song ‘Pipe Down’ where he rapped about having the Bronze position behind Drake and Kendrick Lamar.

“Some people say that I’m running third, they threw the bronze at me / Behind Drake and Dot, yeah, them ni**as is superstars to me,” he rapped. Drake told the Fayetteville star how he felt about it, telling Cole that he’s “one of the greatest rappers to touch the mic.”

Watch the epic moment below.