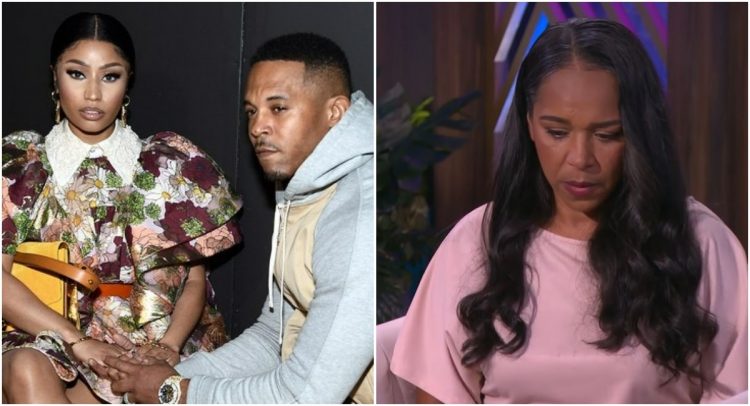 Jennifer Hough, the woman who was the rape victim in a case against Nicki Minaj’s husband Kenneth Petty, has broken her silence.

Jennifer is at the center of a lawsuit against Nicki and her husband, and has spoken out about the couple’s alleged intimidation tactics for the very first time on The Real show. Kenneth had initially denied the rape charges. He was charged with first degree rape for allegedly sexually assaulting Jennifer at knifepoint at his residence but eventually pleaded guilty to attempted rape.

All along, Nicki has defended her husband, claiming that the two were in a relationship and that he was 16 while Jennifer was 15 at the time. “I knew what he wanted,” Hough said. “He pushed me down on the bed, we wrestled for my clothes.” She said after Petty raped her, he stood up in the nearby mirror and said: “I’m the man, I’m the man.”

Jennifer filed a lawsuit against Nicki and Kenneth in the Eastern District of New York in August where the plaintiff brought several claims against the couple, including witness intimidation, emotional distress, harassment, assault and battery. Petty accepted a plea deal on Aug. 8. for failing to register as a sex offender in the state of California.

In an explosive revelation, Jennifer tells The Real hosts that an associate of Minaj and Petty came to her home and put $20,000 in her lap in exchange for silence about the case. She declined the offer and said she later received a message from one of the associates that she “should’ve taken the money because they are going to put that money on my head.”