Swizz Beatz Reveals Kanye West Wanted To Do A VERZUZ With Drake, Responds To Drake’s Diss 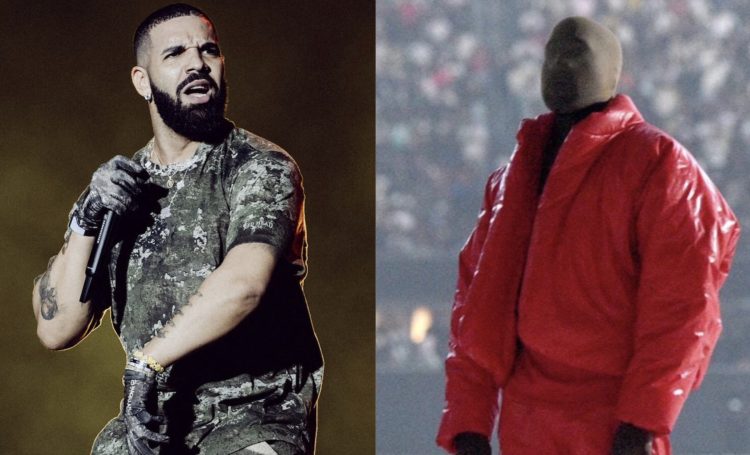 Next week on Tuesday, Ja Rule and Fat Joe are having a VERZUZ battle that has fans going back and forth, speculating what each rapper could play and who could win. The artist behind the scenes of the show, Swizz Beatz and Timbaland, are on a promo run about it and VERZUZ in general.

The pair stopped by on The Angie Martinez show and talked about a bunch of things. At one point in the conversation, Angie brought up the idea of Kanye West and Drake doing a VERZUZ together. She quickly directed the conversation towards Drake’s recent shots at Swizz on ‘You Only Live Twice’. On the record with Ross and Wayne, Drake raps:

“Unthinkable when I think of the way these n*ggas been acting
I never did you nothing and you play like we family, huh?
Next thing, you wanna shoot me down, it can’t be love
Not sure where you was trynna send it, it can’t be up
That day you sounded like a b*tch, you fancy, huh?”

Swizz responded that he liked the song and acknowledges that rappers going at each other is how Hip-Hop started. He goes on to say “I said how I felt, he said how he felt, I guess we even… and he didn’t go too crazy in the record also, you know? He could have said many things, that man is a clever artist.’

The interesting part is, Swizzy goes on to reveal that at one point, Kanye West wanted to do a VERZUZ with Drake. It seems as though this was in the short period when Drake and Ye were cool again, because he goes on to say “I think they communication started getting in a zone but I left that up to them.”

A Kanye and Drake VERZUZ back then, or now, or anytime in the future in fact, is nuts. Unfortunately, it’s unlikely to happen not only because of Drake’s problems with Ye, but Swizz too. We can only dream.

You can check out that portion of the interview below.