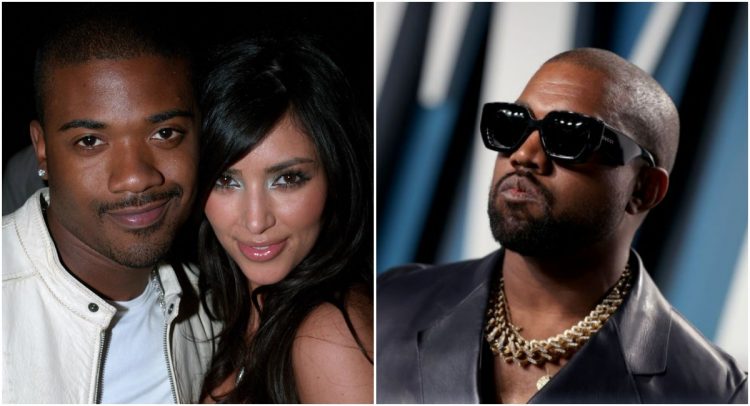 Are we in for another twist in the famous story around Kim Kardashian, Ray J and Kanye West?

Ray J’s manager Wack100 has made a bold claim during a new interview with radio host Bootleg Kev. During the conversation, Wack told the host that he is in possession of an unreleased sex tape (aka part 2) between Kim Kardashian and Ray J. “All I know is, Kanye holla at me bro, we got part 2 on the laptop that’s never been seen before, we’d love for you to have it,” Wack said. “It would be a great, personal, private NFT.” he added.

The host was obviously taken aback by the revelation and asked for more details about it. Wack then confirmed that it’s an unreleased clip which is “more graphic and better than the first one.”

Wack continued that he will not like to give it to anybody else other than Kanye West who is married to Kim. “Me, personally, I would never give it to anybody but Kanye, that’s his kids’ mother, he has children,” he said. When further probed if he would give it to Kanye without charging him any thing, Wack said he would probably do it “coz it’s Kanye.” He further revealed that it’s been with him for about 10-11 years.

Watch the clip above. Back in 2016, Wack had called out Kanye over the ‘Famous‘ music video. If you remember, in the infamous video, Kanye depicted himself in bed with famous celebrities, including Ray J himself. “If they didn’t show Ray J with his d*ck in Kim Kardashian’s mouth, tell Kanye to go back and reshoot that sh*t,” Wack100 said. “Tell that ni**a he a long way from Chicago. He’d better watch his motherf**king mouth.”

Last month during a Clubhouse conversation, Wack100 claimed that he was the one who came up with the concept behind Ray J’s ‘I Hit it First’ song and video which was about having a relationship (and sex tape) with Kim before Kanye got to her. “I was behind that record. I made DJ Kay Slay A&R on that project, and I came up with the concept the song and with the Kim Kardashian look-alike in the music video,” he said.