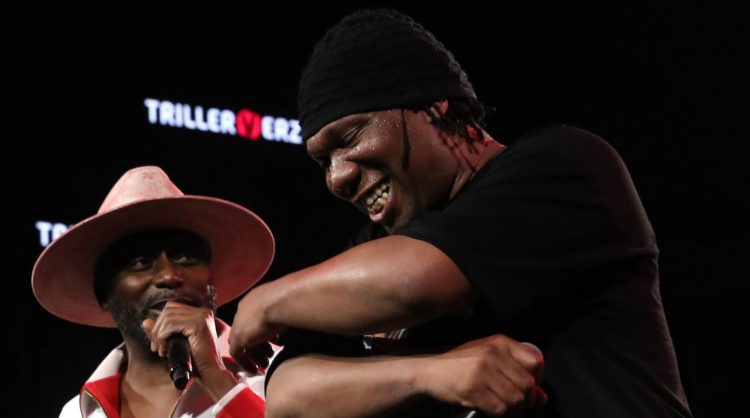 Two of the greatest rappers to touch the mic, KRS-One and Big Daddy Kane took part in the latest VERZUZ at Barclays Center in Brooklyn, New York on Sunday, October 17.

KRS is definitely one who has been more active in recording more material with his latest album Between da Protests coming just last year. It was a pretty solid album too. Big Daddy Kane, on the other hand, has not released a new album since 1998’s Veteranz Day.

This VERZUZ was one for the Hip-Hop heads as apart from the stellar performances from the two, it also featured guest appearances from Roxanne Shanté, Eric B, Mad Lion and Das EFX.

In case you missed the live stream, you can watch the full KRS-One vs. Big Daddy Kane ‘VERZUZ’ Battle below. TIDAL has curated a playlist of all the songs played — peep it here.

The previous battle that took place was between Fat Joe and Ja Rule which you can check out here.