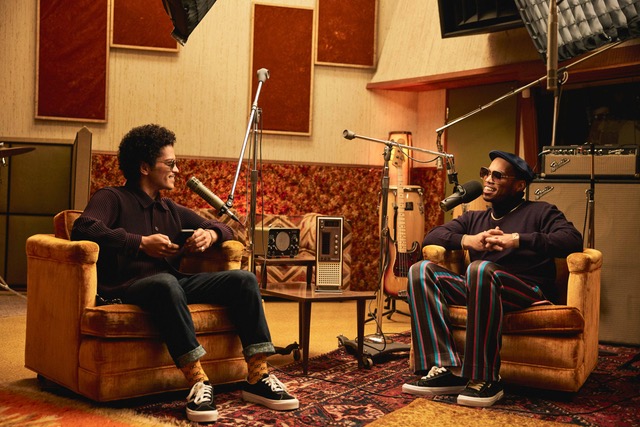 In celebration of their new album An Evening with Silk Sonic, Bruno Mars & Anderson .Paak have announced a radio show on Apple Music named after the LP.

The limited radio series debuts Wednesday, November 17th at 7p PT/10p ET. Each of the four one-hour episodes will have the duo play Silk Sonic-inspired sets of all of their favorite records, ranging from old-school hits to R&B jams, hip-hop, funk, disco, and more.

The shows will feature surprise guests and the pair having intimate conversations. On the debut episode, Bruno and Anderson take help of Bootsy Collins and invite listeners to join them on an after-hours journey with music from The Jackson 5, Con Funk Shun, Thundercat, The Isley Brothers, PARTYNEXTDOOR, and much more. 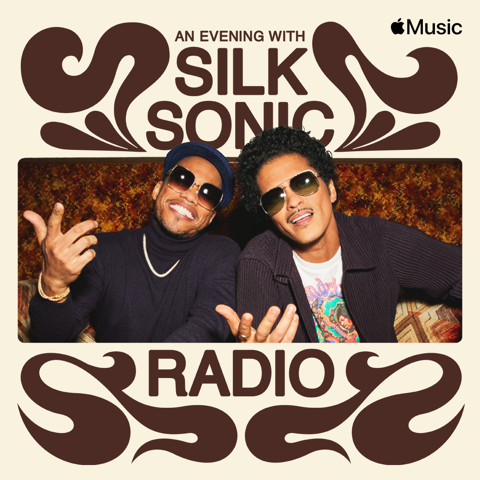 “Apple Music asked us to host a radio show to talk about the album. We had so much fun that we’ve decided to retire from music and become full time radio personalities,” joked Bruno Mars. “We want to thank Apple Music for helping us find our new calling. Goodbye cruel world of music. Hello radio. See you at the top.”

“When we come together on those rare instances when the clouds open and the stars unite, we go as Silk Sonic,” adds Anderson .Paak. “It’s been a long time coming, but it’s never too late to turn it around, and speaking of never too late, I think we right on time.”

An Evening With Silk Sonic can be heard for free Wednesdays at 7p PT / 10p ET on Apple Music 1 here. The album is projected to move 100k copies in the first week to debut at #2 on the Billboard 200.