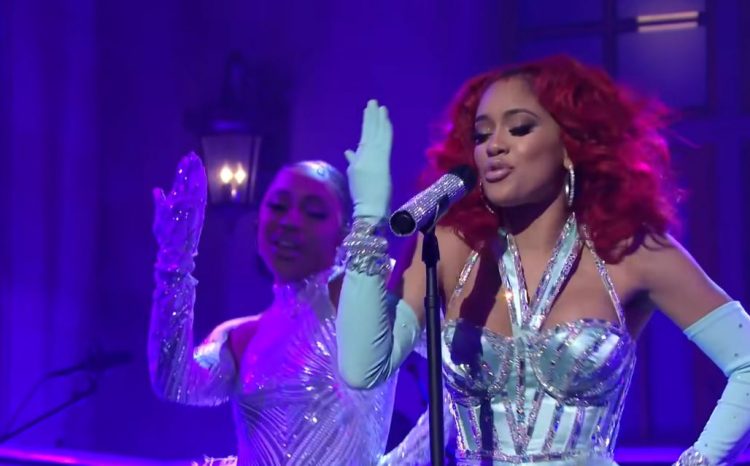 The bay area rapper kicked off her set with the hit ‘Tap In’ and then transitioned into Doja Cat featured ‘Best Friend’ with some help from backup dancers and a live band.

Later in the Simu Liu-hosted episode of the NBC comedy series, she returned to perform her brand new single ‘Icy Chain‘ for the first time on stage. The flashy single was released on Friday and got a mixed reaction from fans.

A few days ago, Saweetie revealed that she had to delay the release of her debut album Pretty Bitch Music because it had no soul in it and had to be reworked. Watch her performance below.