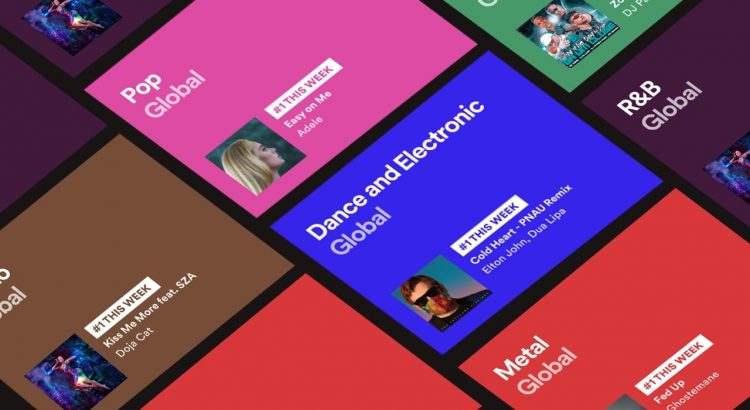 Spotify has launched a new website for its charts today with a whole lot of new features for the music nerd.

Charts and statistics have become a common hobby for hardcore music fans and recognizing the same, Spotify has revealed its new website with detailed Genre and Local charts, in addition to deep data and tools to give artists and songwriters more opportunities to celebrate their achievements.

The new website is now available to all Spotify for Artists creators and Spotify listeners around the world. When logged in, you will have access the full Top 200 Global Songs, Albums, and Artists charts, detailed stats like streaks, peak position, and song credits, as well as the brand new Genre, City, and Local Pulse charts.

It has some fun tidbits for fans as well. At the time of writing this article, the header reads: “Drake has the most spots on Top Songs New York City. “Way 2 Sexy (with Future & Young Thug)” is the highest at #6.” Another one says, “Ed Sheeran has been on Top Artists Global the longest, at 3 weeks straight.”

Here are all the new features announced:

Genre Charts:  The genre charts celebrate the evolution and help fans stay on top of their favorites. Every week, Spotify’s charts generate the top 200 songs across 17 genres, categorizing songs based on context from user playlists and editorial feedback.

Artist Charts: Artist charts are a reflection of who is at the top of their game based on streams across their entire catalog. Every Friday, the top 200 artists are updated globally and across the top 65 markets giving fans a chance to track their faves rise.

City & Local Pulse Charts: Artists and fans around the world set the soundtrack to their cities. Spotify’s city charts tap into the music that is popular among listeners in over 200 top cities. Local Pulse charts go a step further by looking at each track’s popularity among listeners in each city compared to its popularity around the world to show off the distinct taste of local listeners.

Chart Data & Songwriter Credits: Along with the new charts comes new data; now artists can see chart entry dates, peak positions, and streaks from the expanded view. Plus, because songwriters and producers are integral to the music we all love, we’re including credits for each song that are visible when you click “more.”

Promo Cards: The Spotify Charts experience isn’t just about knowing more, it’s about celebrating artists’ successes, too, so we created brand new shareable Promo Cards to accompany any chart position on the site that are available to artists or fans.