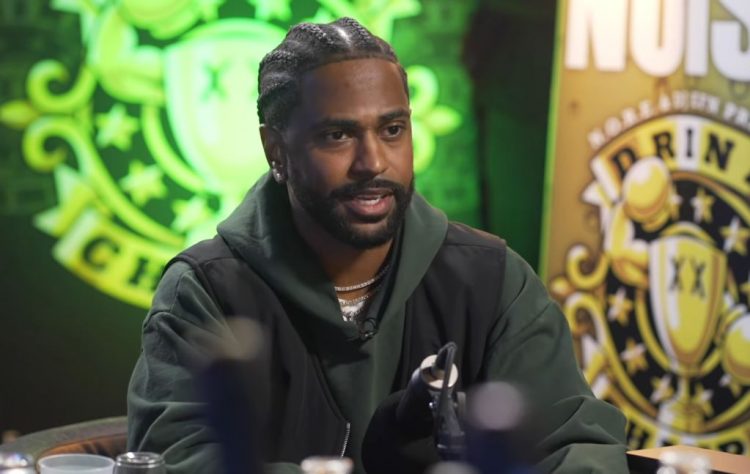 Big Sean has done a detailed interview with Drink Champs which was released on Saturday after airing on REVOLT.

During the chat, Sean responded to Kanye’s interview with N.O.R.E. and DJ EFN where he called singing Big Sean “the worst thing he’s done in life.” The Detroit rapper says that the comment from ‘Ye hurt him, especially considering the fact that he has always been loyal to Kanye and also delivered multiple platinum albums to his label, G.O.O.D Music.

“If you up Bs and you owe me this money that probably ain’t nothing to him. That’s life-changing money for me,” he told the hosts. “I put at least 30 million in this man’s pocket or more and he owes me money and he’s up billions,” he added. Sean said that he’s the only artist signed with G.O.O.D. Music who has released 5 studio albums under the label.

“I’m the only artist who has put out five albums under G.O.O.D Music. I’m the only one who put out back-to-back-to-back #1s, platinum albums, double platinum albums… By the way, being signed to Kanye is a golden opportunity. Sean also added that he was among the first people to support Kanye’s presidential aspirations in 2015 and has always been there for ‘Ye whenever needed, even helping him write his verses on multiple occasions.

“When I heard what he was talking about, it didn’t make sense, bro, because you know, my manager saw my record deal and said, ‘this is a sh*tty record deal,'” Sean said, revealing that he was talking about Jay Brown from Roc Nation. “I had to spend my own money auditing my label because millions of dollars are missing and you could tell when millions of dollars are missing. I spent hundreds of thousands of dollars on my label thinking Universal owe me this money and the money had been paid to G.O.O.D. Music.”

In October, Big Sean revealed that he had left G.O.O.D. Music. “That’s a forever brotherhood, but business wise, I had to start getting a bigger cut! I worked my way out that deal,” he commented.

Watch the full interview below where Sean also talked about doing different ventures in his hometown of Detroit, his successful career and more.