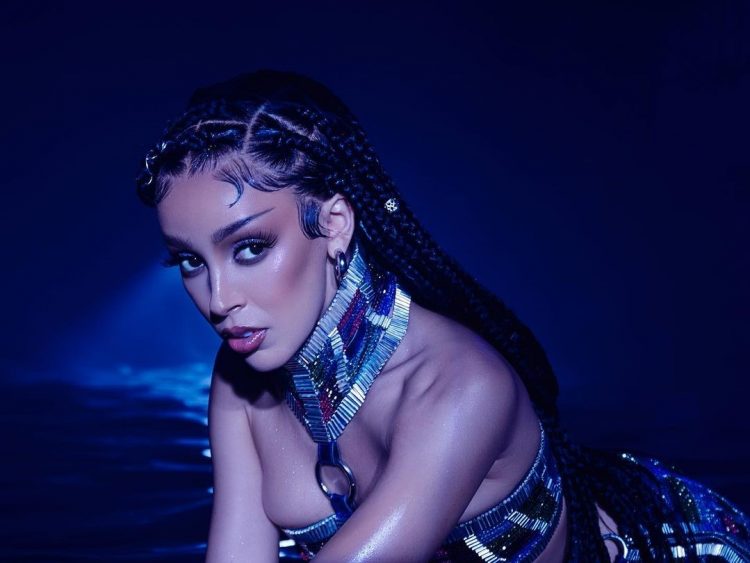 Doja Cat has had a huge year, thanks to her very successful album Planet Her which continues to spawn hit singles and move healthy amount of units every week.

The album also helped her achieve 8 GRAMMY nominations including one for Album of the Year. While her song ‘Woman’ gains steam on radio, it looks like she has some plans for 2021. The pop-rap star tuned into Instagram Live late on Friday night to chat with fans and tell them what she has in store for the next year.

At one point, Doja said she wants to record a double album with one side containing her typical pop-rap hits while the other side (a “new project” she said) featuring a more traditional Hip-Hop sound. She surprisingly mentioned Vine turned music producer Jay Versace and the legendary 9th Wonder as two of the people she wants to create with. Watch the clip below.

9th reacted to the clip on Twitter saying “Say what now?”

We’d have to see if Doja is able to execute the plans, keeping in mind that her label may have some other plans. We like the idea though.