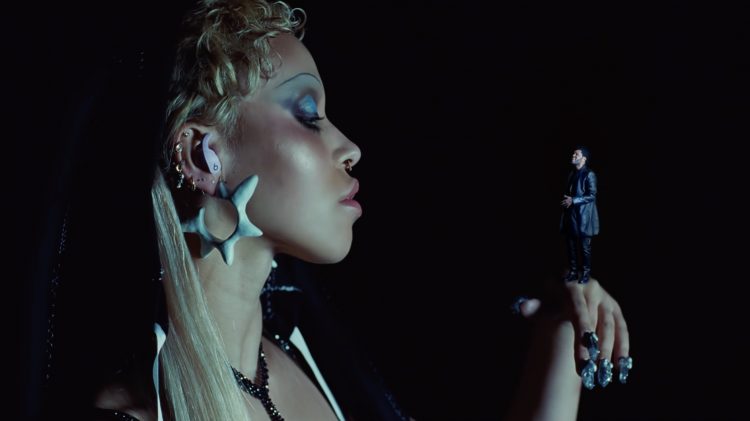 Earlier tonight when FKA Twigs took to Twitter to announce that she was dropping a new single tonight, she did so in a way that got fans hyped. She told people that they’d get what they’d been wanting from her for a long time and said that she noticed people eating off of her art.

listen yeh i’m being mad serious i’m not playing around
y’all gonna get what u’ve been wanting from me for bare time
there are levels to this game
and i am levelling up to MY best self, cause my best healthy self is my competition always

Now, the new single arrives. It’s called ‘Tears In The Club’ and features The Weeknd, marking the pair’s first collaboration. This is a little bit of a change from what fans are used to from Twigs, but that’s not necessarily a bad thing. This could be big.

You can watch the new video for the song below.