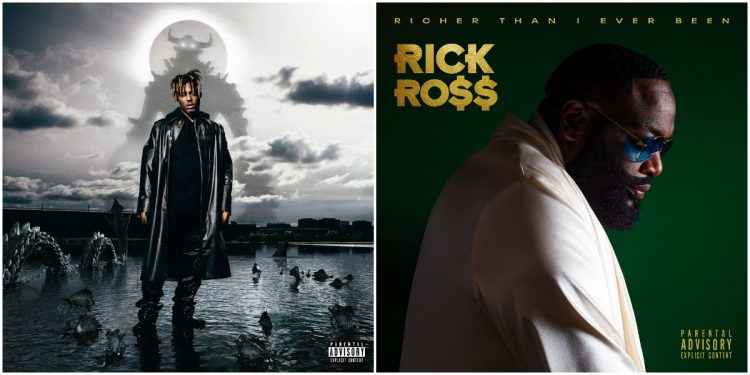 Juice WRLD’s second posthumous LP Fighting Demons was released, featuring guest appearances from BTS, Justin Bieber, Polo G, Trippie Redd and more. It served as the follow up to Legends Never Die which was released in 2019 and moved a whopping 497k copies in the first week to debut at number 1 on the Billboard 200 chart.

This time, Fighting Demons is set to move 125k copies to debut at #2 behind Adele who is again set to rule the chart with about 150k copies moved, according to HDD.

Rick Ross’ 11th studio album Richer Than I Ever Been dropped this Friday featuring Wiz Khalifa, Wale, Future, Blxst, Benny The Butcher and more. It’s projected to move 30k copies for an entry into the chart around #20 on Billboard 200. It will mark the biggest bawse’s lowest first week total to date.