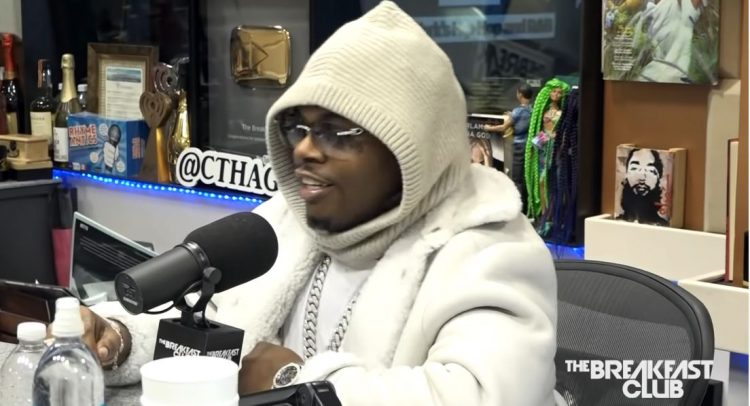 Gunna’s new album DS4 is doing quite well numbers wise and is contention to compete with The Weeknd for the number 1 spot on the Billboard 200 this week.

After the Drake song didn’t make the cut on the album initially, the track ‘P*ssy Power‘ finally made it to DSPs last night, before the tracking week ends. Today morning, he made a stop on The Breakfast Club to speak with Angela Yee, DJ Envy and Charlamagne Tha God.

He spoke on the meaning of “pushin P” aka “P”, the recent private jet incident and receiving calls from some of his friends who offered their jets (Drake, Travis Scott), Atlanta’s impact on the hip hop culture, collaborating with Chloe Bailey, being in competition with The Weeknd for the #1 spot, samples issues, issues with Freddie Gibbs, and more.