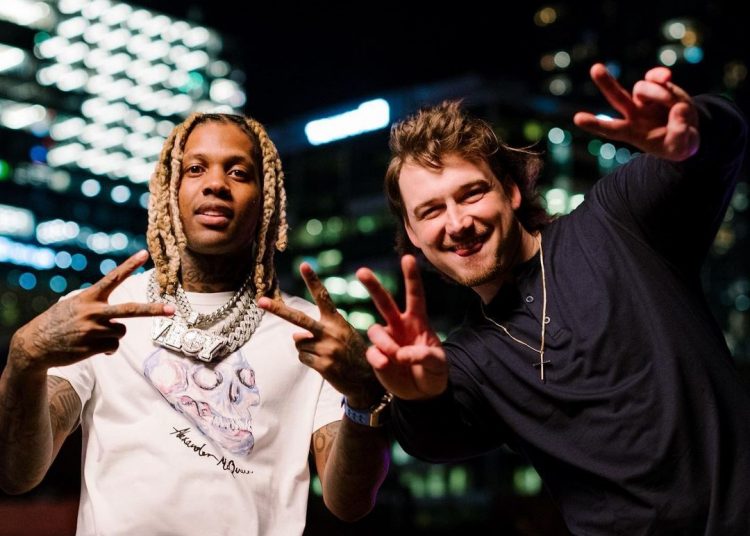 Morgan Wallen recently collaborated with Lil Durk on the song and music video ‘Broadway Girls‘ which has done quite well commercially so far, even landing on top of the Billboard R&B/Hip-Hop charts for a week.

A few days ago, the Country star, who was involved in an n-word controversy last year, expressed his interest in working with Kendrick Lamar. Morgan said it in a conversation with comedian Druski on Clubhouse where he revealed that Moneybagg Yo is his current favorite rapper.

“I do love Moneybagg… He’s definitely at the top of the list,” Wallen said. “But like overall, ever… I’m trying to think of not just in the past little bit… Kendrick Lamar would be pretty cool.”

That made headlines of course with many fans thinking he’s reaching to get love from the black community. But his first Hip-Hop collaborator Lil Durk supports Morgan’s wish, telling TMZ that Kendrick should absolutely work with the singer who was the highest selling act of 2021 across all genres.

Watch the clip above. Whether K. Dot will actually entertain this request remains to be seen.