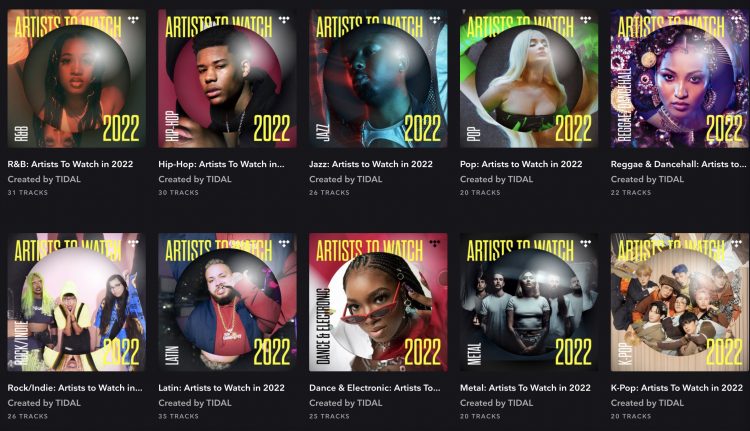 Since their emergence in the mid-2010s, TIDAL has made a big impact on the streaming era and the music industry in general. Last spring, there was the $350 million sale to Jack Dorsey’s Square which ushered in a new era for the streaming service.

Every year, TIDAL’s editorial team makes up a list of Artists To Watch in multiple genres. It’s essentially their prediction of names that will impact music in their genre in the following 12 months and their way of giving them an early push, because fostering talent is a value of theirs.

This year, there’s an Artists To Watch In 2022 playlist for Hip-Hop, R&B, Pop, Metal, Latin and many other genres. There are even playlists for specific countries like France and Uganda, which is a great idea.

The Hip-Hop playlist features some names that we’re familiar with through a few songs (like Shady Records’ Grip or ‘Who Want Smoke?’ rapper Nardo Wick) and a lot of other names you’ve likely never heard of before. You can check it out below.