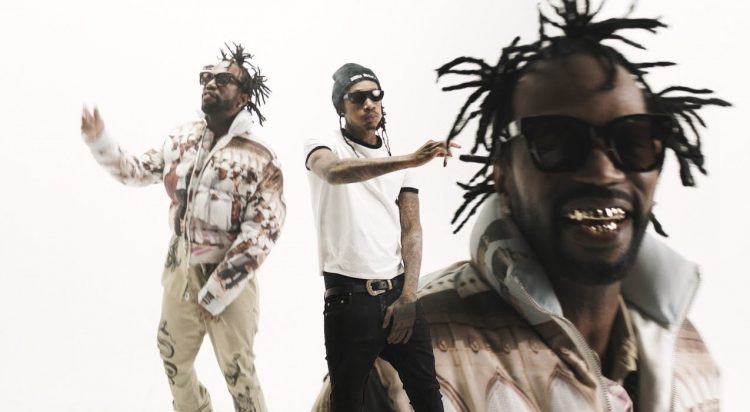 Wiz Khalifa, Juicy J and Project Pat have worked together multiple times in the past.

Today, the three frequent collaborators are back with a new song called ‘Backseat’ along with its official music video. It has a typical sound you’d expect from a Taylor Gang product but definitely takes us back to the Three 6 Mafia days with its booming sound. This will appear on Wiz and Juicy’s forthcoming joint album (due in February) that they originally announced back in October.

Watch the clip below. Last month, Wiz dropped a surprise project called Wiz Got Wings with Cardo and Sledgren which fans can grab here.