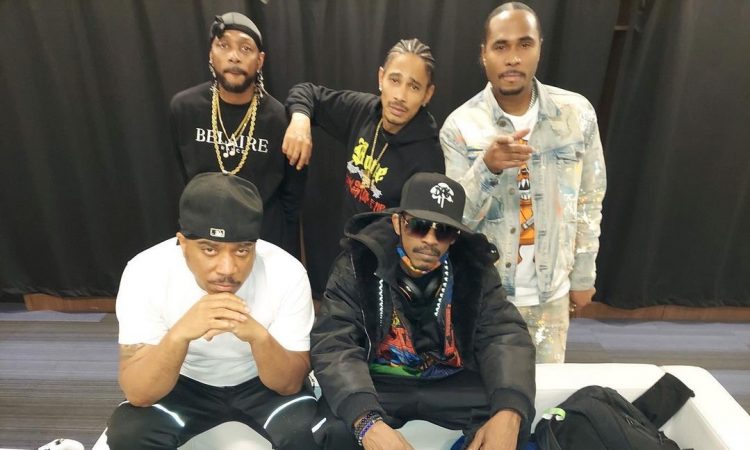 It looks like Bone Thugs-N-Harmony and Tha Dogg Pound are finally following up with their long time promise of teaming up for a joint album.

Taking to Facebook, Bone Thugs announced that they are are joining forces with Tha Dogg Pound to form a super group called “Thug Pound.” the post comes with a recent picture of select members of the two groups together at an unknown venue. Die hard fans of the two groups will remember that it even back in 2013, they had mentioned doing a collaborative album together but never went through.

It was a big surprise back then as well because the two go back to mid-1990s when they were beefing at one point. Tha Dogg Pound and Bone Thugs traded disses while being involved in the Death Row Records and Ruthless Records feud.

Krayzie Bone first took shots on ‘Mo Murda’ off of Bone’s 1995 Grammy-winning album, E. 1999 Eternal with “Follow me / Roll, stroll down East ’99 / Gotta find these Row hoes.” Layzie Bone followed on ‘Shotz To The Double Glock’ with “Ni**as don’t take a wrong turn or you’ll enter the hood / Wig splitters will cover your dome / In a cut where the thugs and hustlas roam / Cleveland Browns / Dogg Pound hoes it’s on.”

Kurupt replied on ‘Dogg Pound Gangstaz’ off Tha Dogg Pound’s debut album Dogg Food with “Ain’t no harming me / Ain’t got no love for no Hoes-N-Harmony.”

Stay tuned for updates on this album. Bone Thugs recently took part in a VERZUZ against Three 6 Mafia.