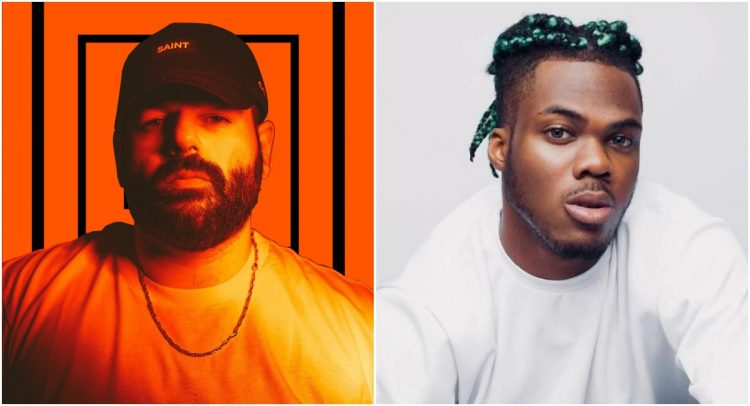 Music research and analytics platform Viberate has just published their annual “State of Music” report. With the numbers at hand, they’ve dug deep into all key social media and music channels (meaning Spotify, TikTok, YouTube, SoundCloud, and more) to see which artists made the most impact in terms of views, streams, likes, and online buzz last year.

According to the data, 2021 belonged to Masked Wolf. The Australian rapper was streamed almost 1 billion times in 2021, and additionally amassed nearly 450 million YouTube video views, making his one of the biggest surges in popularity.

The popular song was originally released in June of 2019 before being re-released through Elektra Records in January 2021 after it started to gain some traction on social platforms. Following its re-release in major markets including the U.S., the song achieved bit chart success, peaking at number 4 on the Australian ARIA Charts and number 6 on the US Billboard Hot 100. 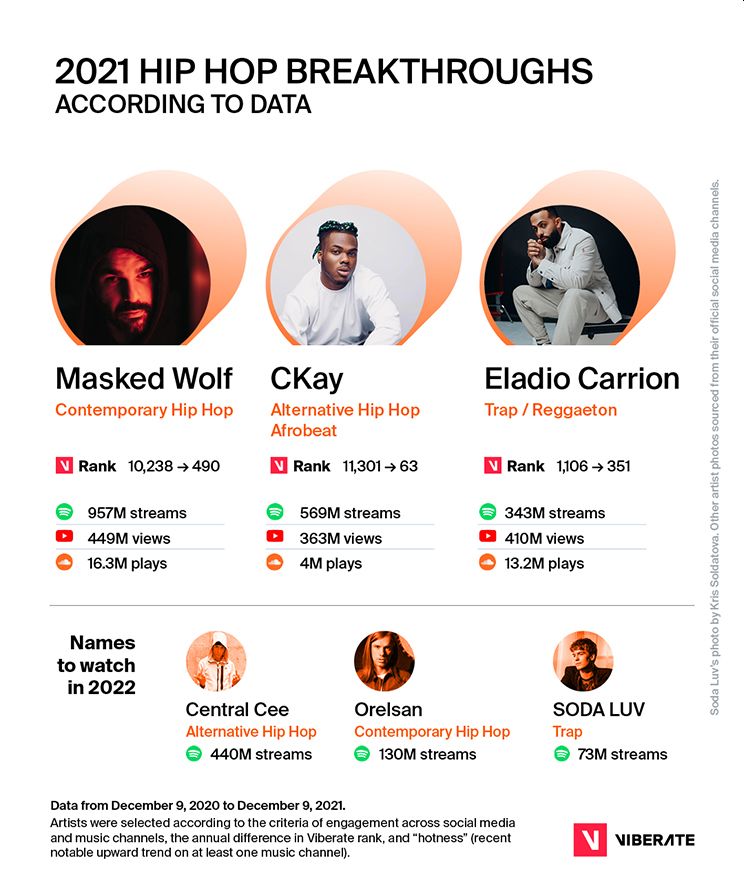 Nigerian hitmaker CKay was the second most impactful new artist of 2021 as his smash ‘Love Nwantiti (Ah Ah Ah)’ continues to make a dent worldwide, having also topped Rhythmic radio charts in the U.S. The Kaduna, Nigeria born singer was streamed a total of 569 million times in 2021 with additional 363 million coming from YouTube. Puerto Rican trapper Eladio Carrión comes in at the third spot with 343m streams on Spotify, 410m on YouTube and more than 13m on Soundcloud.

Looking at worldwide streaming numbers, Hip Hop was the second most-streamed genre on Spotify in 2021. Hip Hop tracks were streamed over 80 billion times worldwide, making for 22% of all streams combined. Pop was the biggest, attracting more than 145 billion streams worldwide. 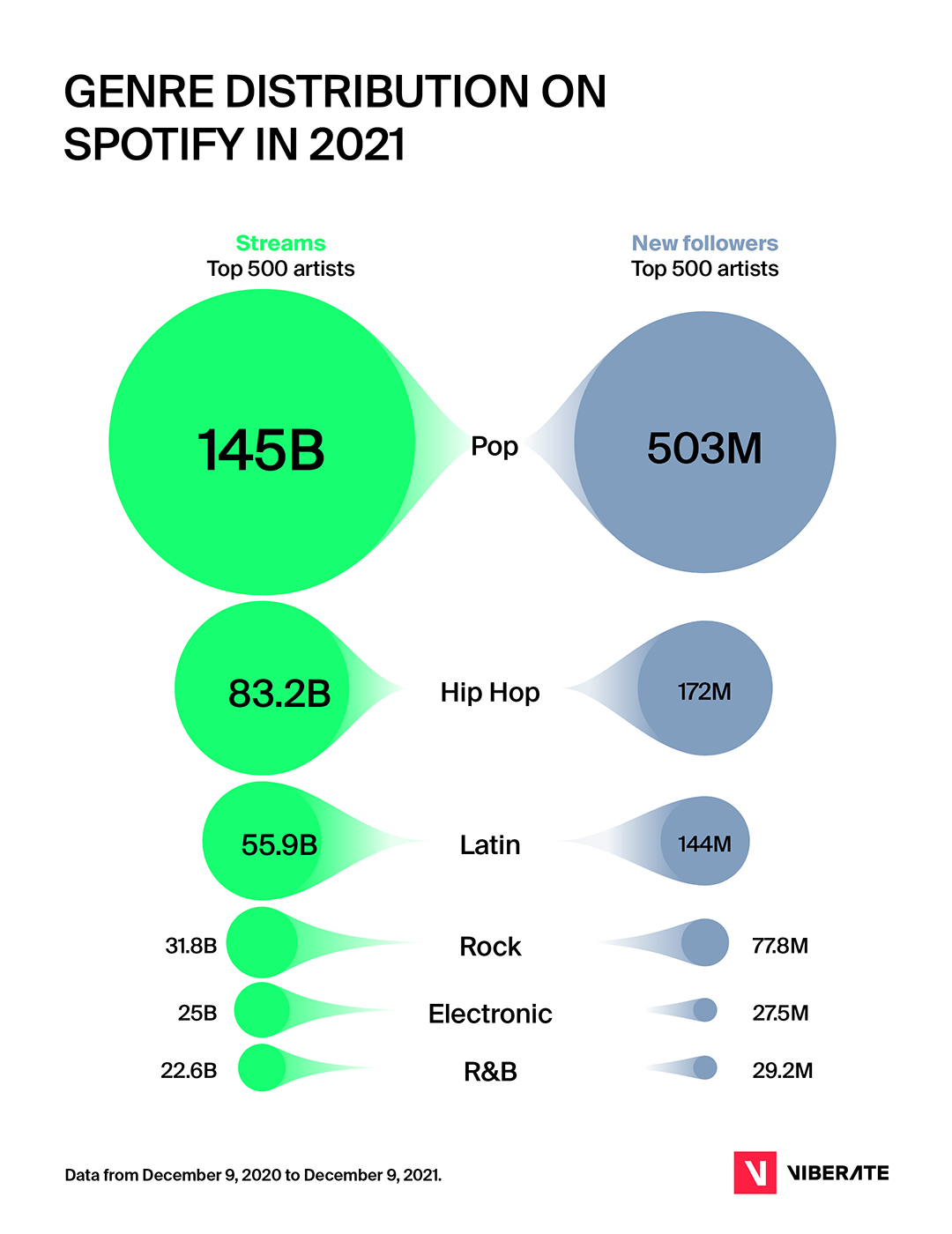 Viberate’s report also points out names to watch out for in 2022, and lays out hottest music trends. See the detailed report on this link.