Songwriter Royalties From Songs by Drake, 50 Cent, Travis Scott & More Up for Auction 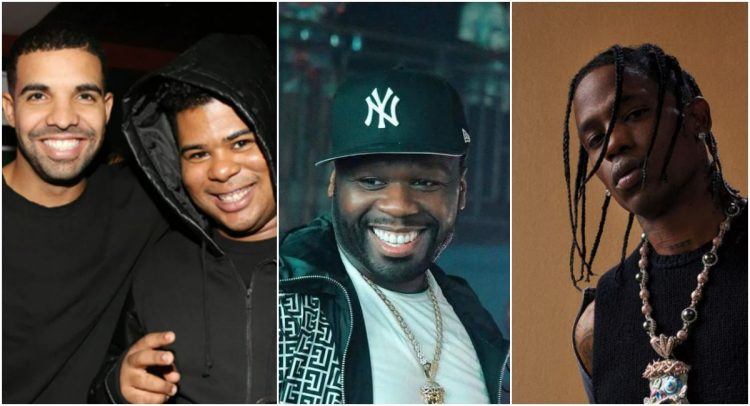 With the music catalog market heating up, more and more options for users to have a stake in songwriter royalties are coming up every day.

This week on royalty buying and selling platform Royalty Exchange, bidders have the opportunity to own a portion of songwriter royalties from a formidable catalog containing 67 songs which have a combined 1.4 billion streams on Spotify alone from the top 5 titles. Titles include Travis Scott ‘STARGAZING’, Don Toliver ‘After Party’, 50 Cent ft. Chris Brown ‘I’m The Man’ and ILOVEMAKONNEN feat. Drake ‘Tuesday’ among others.

The Last 12 months’ earnings is $90,630, while the 3-Year Average for this 5-year-old catalog is $93,417. Fans can check out the complete listing on this page. The listing, which includes the “public performance” royalties from the respective tracks sourced from BMI, will continue to be available until the seller accepts the top bid which is at $528,000 at the time of publishing of this article.

Royalty Exchange is the world’s largest platform for buying and selling royalty assets of any type, mostly music, where royalty owners can sell their future payments to investors as alternative assets. The company’s marketplace boasts over $95 million in deals and a community of over 30,000 investors looking for royalty-based assets. In October 2020, Royalty Exchange announced that it had hosted its 1,000th transaction.