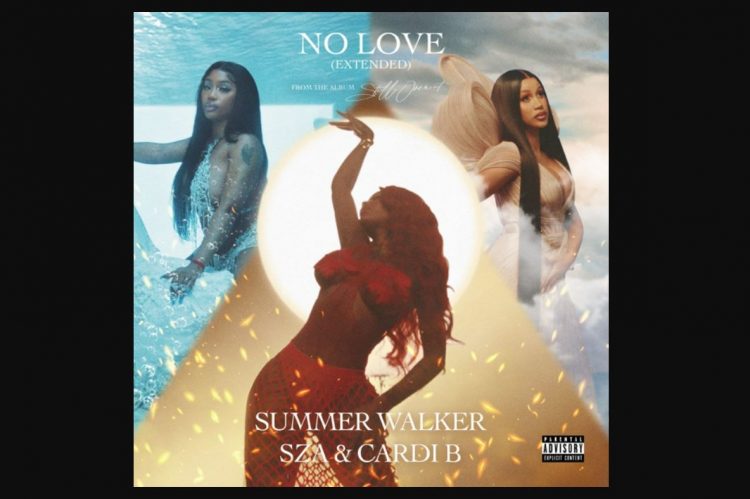 It was announced a couple of weeks ago that Summer Walker will be releasing a new version of her radio hit ‘No Love’ with SZA which originally appeared on her sophomore album Still Over It.

Earlier this week, it was revealed that none other than Cardi B will be featured on the extended version. “Yall guessed it, my girl @IamcardiB jumped on ‘No Love’ with me & @Sza,” Summer wrote on Instagram. “I can’t wait for y’all to see the video Friday!”

Cardi B hasn’t been that active musically lately so fans were definitely looking forward to seeing what she offers on the song. The rapper wrote on Instagram that it’s different than her usual contributions. “Ommmmmggg I’m soooo excited and nervous!!!” Cardi said. “I have never sounded the way I do on this record but I love it ! Hope you guys love it too.”

The music video is on the way as well but until then, listen to the new version of ‘No Love’ below (currently only out in select international markets).