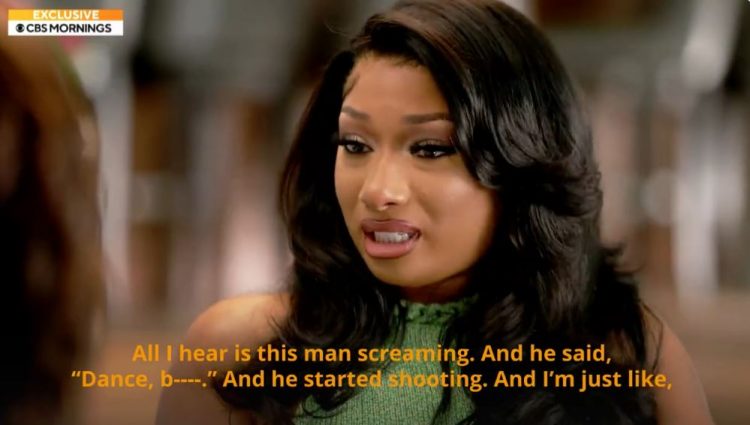 Megan The Stallion has opened up about getting shot at by Tory Lanez for the first time in a TV interview.

Speaking with Gayle King, the rapper speaks on the shooting and circumstances that led to it. Megan has accused the Toronto rapper-singer of shooting her in the foot, an allegation that he has denied and pleaded not guilty to in the court.

“It was an argument because I was ready to go and everybody else wasn’t ready to go. But that’s, like, normal friend stuff,” Megan Thee Stallion told CBS Mornings co-host Gayle King. “It shouldn’t have got this crazy.” The incident happened as they were leaving a party in the Hollywood Hills.

“So I get out of the car and it’s like everything happens so fast. And all I hear is this man screaming. And he said, ‘Dance, bitch.’ And he started shooting. And I’m just like, ‘Oh, my God.’ Like, he shot a couple of times. And I was so scared,” said Megan.

“He is standing up over the window shooting. And I didn’t even want to move. I didn’t want to move too quick,” the rapper said. She told King that at the time she thought, “I don’t know if he’s gonna shoot something that’s, like, super important. I don’t know if he could shoot me and kill me.” Watch the clip below. The full interview will air on “CBS This Morning” on Monday, April 25.

Tory Lanez pleaded not guilty to an assault charge related to the alleged shooting. pic.twitter.com/iYDZdkOAMm