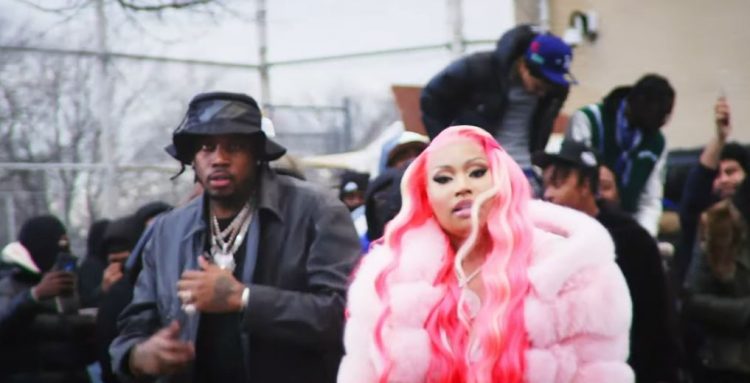 Nicki Minaj has been pretty active in releasing music over the past few months, having releasing two songs with Lil Baby and then following up with ‘We Go Up‘ with Fivio Foreign.

After teasing the video earlier this week, Nicki and Fivio have joined forces for the official music video for the drill song today which is shot in and around Southside Jamaica, Queens. Watch the flashy clip below.

In case you missed it, watch Nicki’s episode of Carpool Karaoke with James Corden here.