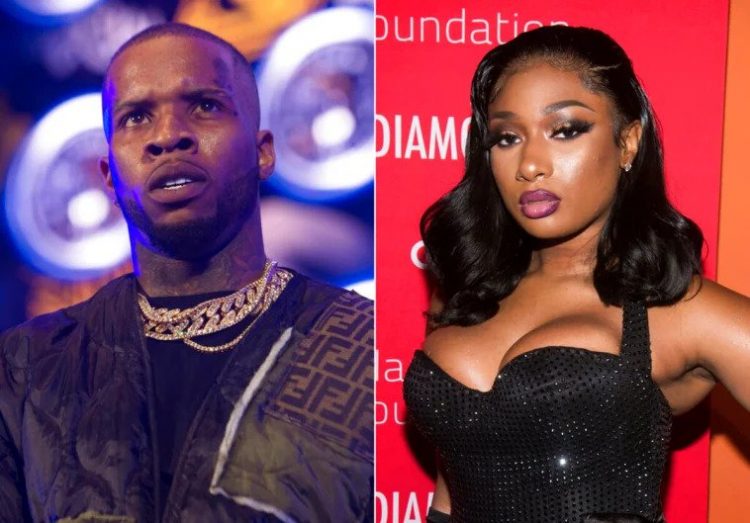 Tory Lanez’ bail was increased and he was remanded into custody for violating terms of the protective order in his felony assault case against Megan Thee Stallion.

The Canadian rapper and singer was handcuffed inside the courtroom and remanded to custody until he posts a new bail of $350,000. Under the terms of the protective order, Tory was prohibited from contacting or coming within 100 yards of Megan Thee Stallion, who accused the him of shooting her in the foot at a night party in 2020.

Tory Lanez was handcuffed in court and remanded to custody until he posts new bail of $350,000 in Megan Thee Stallion felony assault case. Judge found him in violation of discovery protective order and personal contact order.

Judge David V. Herriford ruled today that Tory violated the protective order because some of his tweets “seem to be clear messages” to Megan Thee Stallion. The judge ruled that Lanez is “not to mention the complaining witness in this case in any social media.” Among the violations was Tory allegedly leaking information to blogger DJ Akademiks in advance of the Feb. 23 hearing. A trial date has been set for Sept. 14.

“Additionally, the judge found sufficient evidence today that he violated the order of protection and had him handcuffed in the courtroom. The self-serving noise in this case will not change the facts or prevent this case from proceeding.”

Tory’s attorney Shawn Holley said in response to the ruling, “The DA requested that Mr. Peterson’s bail be revoked or, in the alternative, that it be increased to $5 million. We are pleased that the court rejected those outrageous requests.”