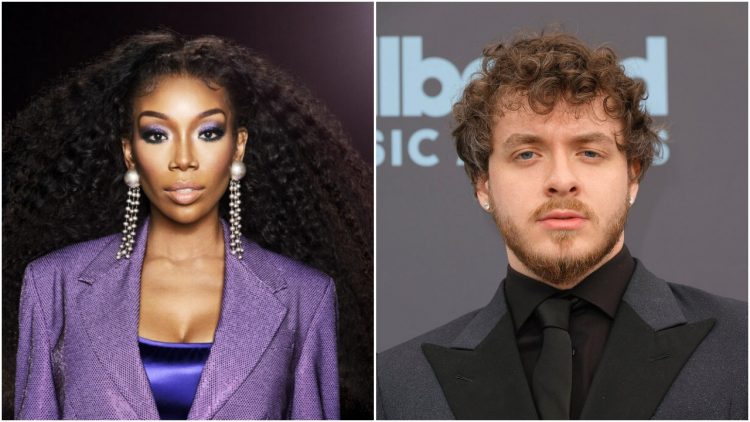 The Brandy and Jack Harlow saga just got extended as the veteran singer has dropped a freestyle with shots aimed at the rapper. Well, kind of.

During an interview with Hot 97’s Ebro Darden, Laura Stylez, and Peter Rosenberg earlier this month, the radio hosts played a game with the 24-year-old “First Class” hitmaker called “WhiteishWednesdays” where they played songs from primarily white artists and asked him to name the title and artist in a test of his musical knowledge.

But when they pressed play on Brandy’s song ‘Angel in Disguise’, he could not guess who it was despite the hosts giving him a hint related to Ray J. The rapper did not know that Brandy and Ray J were brother-sister. “Who’s Ray J’s sister?” asked Jack. “I didn’t know they were siblings. Who is it?”

I will murk this dude in rap at 43 on his own beats and then sing is ass to sleep. ♠️

Brandy had then joked about it on Twitter with a little shot at Jack saying, “I will murk this dude in rap at 43 on his own beats and then sing is ass to sleep.”

Jack Harlow also responded in a clever way on his IG stories, posting a photo of Brandy and Ray J smiling, accompanied by Brandy’s ‘Bring Me Down’ song with Kanye West from Late Registration. The sound was set to Brandy’s chorus where she sings, “I always knew that one day… they’d try to bring me down… way down.”

Now Brandy has gone ahead and dropped a freestyle over Jack’s number 1 hit ‘First Class’ which was debuted during Ebro in The Morning show on Hot97 on Wednesday morning. There aren’t really direct shots at Jack but more so Brandy claiming her spot in the history books. Listen below.