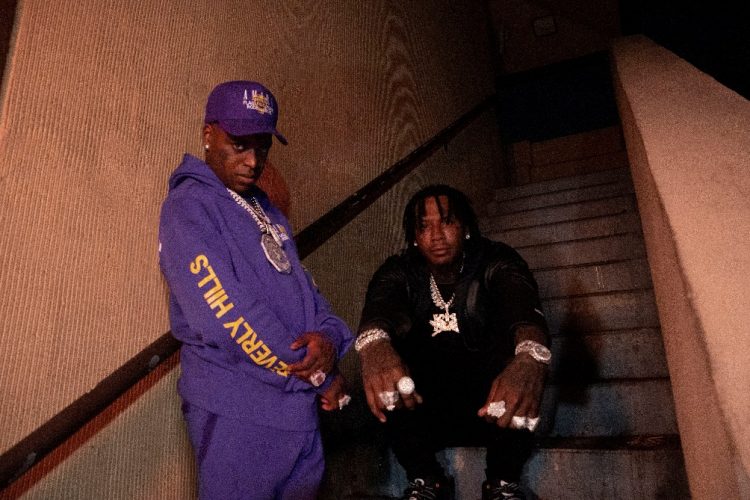 Moneybagg Yo is starting his next era with the new single ‘Rocky Road’ today.

The song marks his first official release since the very successful album A Gangsta’s Pain from last year which spawned multiple hit singles. Bagg has reunited with Kodak Black on the song which is more aimed at the streets.

He spoke about working with Kodak in an interview with Eddie Francis on Apple Music 1, saying, “anytime me and Kodak link up, there be chemistry… it be good. I wanted to come with a different tempo than “Lower Level”, the other joint we have. It took us probably like two weeks to do it.. when we went in there and did it… it came out good… I’m excited about the track… I feel like it’s the warmup.”

The CMG signed artist also revealed that he’s dropping a new full length project soon. “You know, I got another one coming…. You know I’m back to back bag right now… coming out the little break I just had. Another one fixing to drop next week. I’m coming right back with that one and I’m coming with a little project… a little surprise project. It’s gonna be full length and then I’m gonna come back later on… It’s just me on the next song, talking my talk. I feel like its’ gonna be one of them summer joints. I’m just putting good songs out that I like. It’s the feeling for now, this is what’s going on.”

Watch the video for ‘Rocky Road’ below.