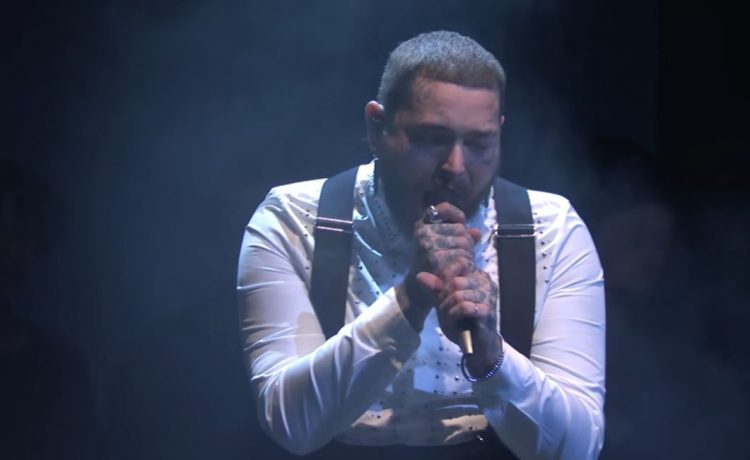 Post Malone is set to release his new album Twelve Carat Toothache on June 3 and ahead of it, he made a stop on Saturday Night Live last night for his first performance as a musical guest.

Posty debuted a brand new song called ‘Love/Hate Letter to Alcohol’ on the show which is expected to appear on the forthcoming album. On the track, which features guest vocals from Fleet Foxes, he sings about his complicated relationship with alcohol and how one time, it led to a few missing teeth.

The soon to be father also brought out Roddy Ricch to perform his recently released single ‘Cooped Up‘. Watch both performances below.