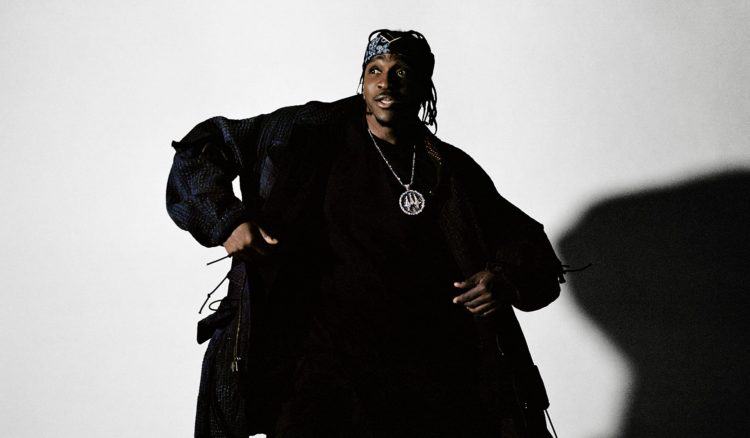 Pusha T’s It’s Almost Dry is the #1 album in the country and fans are spinning the 12-track effort over and over again, discussing their favourite bars. The general consensus seems to be that it’s one of the better albums we’ve ever gotten from Push. Stream it here.

The Virginia rapper went on an incredible press run before the album and that hasn’t stopped now that it’s out. Not too long ago, he spoke over Zoom with Rap Radar and TIDAL’s Elliott Wilson about the new album, the nod to the Joker persona and more. The purpose of the piece is a backstory though, so it revisits every single one of Pusha T’s albums, mixtapes and EPs (including the three Clipse albums) and gets him to speak a little bit about his thoughts on them now and their creation process.

Some great stories have come from this, including the love that Babyface was showing Clipse and how the rapper didn’t want to be the first of the G.O.O.D. Music releases in 2008.

You can check out an excerpt below and the full article here.

I was actually mad I was going first. I was like, “Why I got to go first? Why?!” First of all, you got to understand: Between Utah and Wyoming, I’m the only one that’s there, day for day. We are spending money. We are staying at whatever resort he wants to stay at. And for a month we found music for other people’s albums [Nas, Taylor]. And the Grammy nomination was big. The year 2018 was super strong to me, because I felt like the Grammys even got the rap nominations and the rap winner right. Cardi deserved that. But I felt like when you just look at the lineup, you had Cardi B, you had Travis Scott, you had Mac Miller, you had Nipsey’s Victory Lap and you had Daytona.