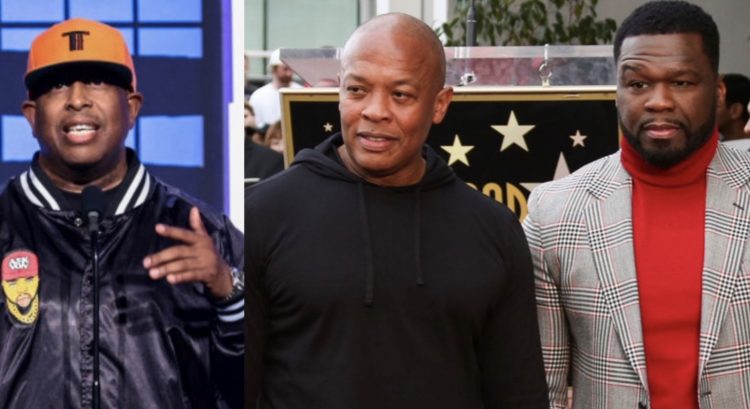 Premo stopped by with The Breakfast Club to talk about the project. Of course, some classic stories came up. In one specific one, he talks about being signed to Terror Squad and being tasked with doing his own album with a bunch of rappers on it, like Khaled does. He had the first single planned.

“The first single I was gonna drop was a 50 Cent record and this is when everybody wasn’t really messin’ with Fif’ to the fullest. He was having so much drama after doing ‘How To Rob’. Me and Fif’ hit it off right away and clicked when I got on the phone with him.”

50 agreed to do the song but when it was time to get in the studio, Preem got another phone call.

“We get a call. ‘Fif’ can’ do it’. I’m like ‘why not?’ They like ‘he’s about to sign to Eminem and Dr. Dre’ and I’m like ‘no, because they already committed to us’… I talked to Dre, Dre was like ‘Preem, I love you, but he’s not doing any more recording until he does his debut album.”

The two wouldn’t collaborate until ‘Shut Your Bloodclot Mouth’ many, many years later. Check out the clip below.