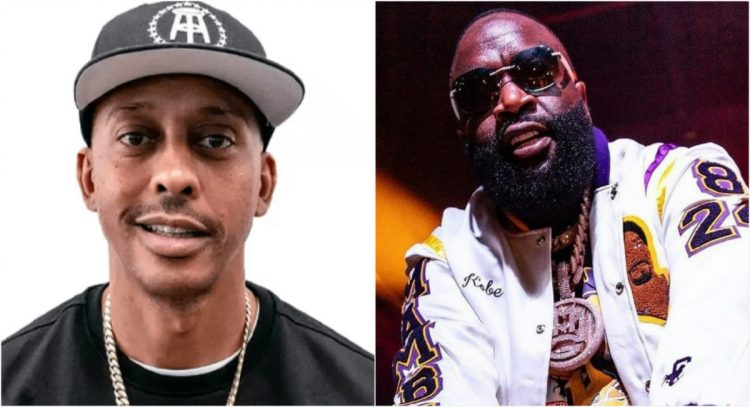 During a recent episode of the Million Dollaz Worth of Game podcast featuring producer Southside, Gillie took straight shots at Ross, calling him out for his social media antics because he’s not hot anymore.

Ross has been building a zoo at his estate and showing off all the purchases he’s made. He recently acquired a “big boy” cow for the zoo and mentioned he’s adding a couple of lions.

“These old ni**as, they don’t hear the roar of the crowd no more and they still think the world gonna come back,” Gillie said, clearly referring to Rick Ross. “So they be on Instagram and they be on social media doing dumb sh*t. ‘I just bought a cow,’ Gillie mocked Ross’ voice. “Why the f**k would you buy a cow?”

#gillie GOES OFF on #RickRoss 😳😳 pic.twitter.com/Cu80rrSGvo

It’s not clear why Gillie went in on Rozay but apparently the gripe comes from a time when Ross said something under an Instagram post where Mack Maine was criticizing Gillie about a comment he made on Lil Wayne.