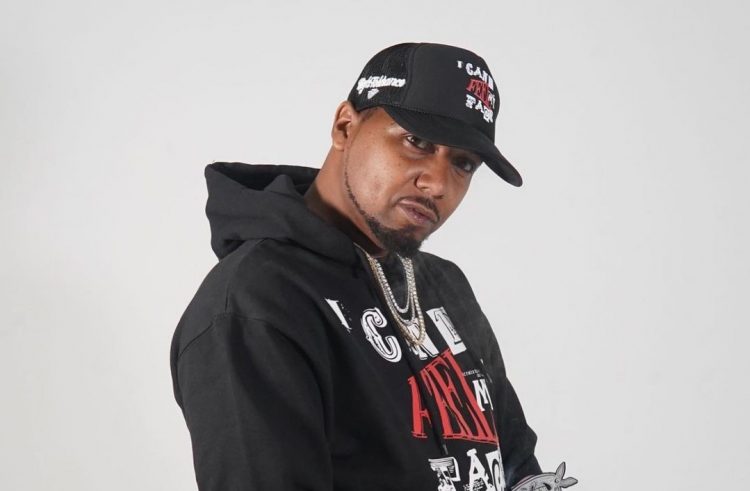 Juelz Santana may not be too regular with releasing music but he’s decided to launch his own independent label called I Can’t Feel My Face. It was originally the title of Juelz and Lil Wayne’s long delayed joint mixtape.

The independent label currently features the roster, Santana’s nephew Young Ja, Ski, and Caesar. The I Can’t Feel My Face logo is made of a zombified baby with the signature Santana bandana — see below. “The baby just made sense,” Santana states, “All of a sudden, the baby began taking on a life of its own. Over time, the baby will evolve into a cartoon with voice overs for music videos.

Juelz is also launching his own weed strain which is a part of I Can’t Feel My Face’s extensive media hub. The full platform will include music, clothing, and weed all embodying the Santana lifestyle, according to the press release. ICFMF is a sponsor of the upcoming Diplomats & Friends Burning Gas Tour starting on July 16th in New York City.