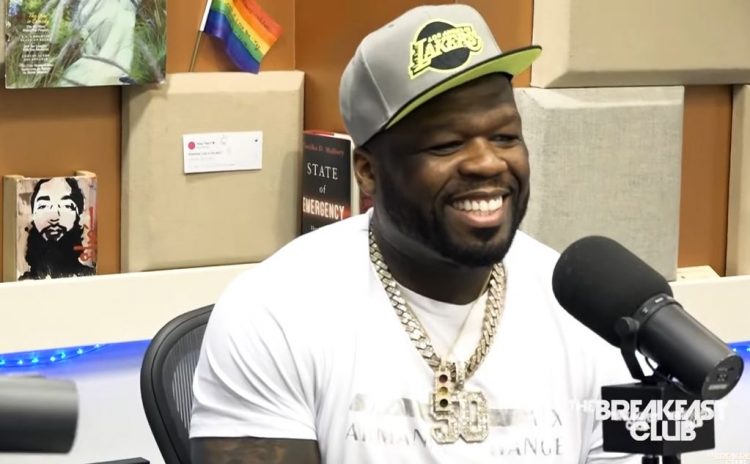 50 Cent stopped by The Breakfast Club on Friday morning to chat with DJ Envy and Charlamagne Tha God.

As usual, the G-Unit general dropped some gems and did some hilarious talk with the hosts. He spoke about his current relationship with Lloyd Banks and Tony Yayo and even addressed the recent leak of ‘Higher’ reference song for The Game. 50 confirmed that he wrote the song apart from other tracks on Game’s debut album The Documentary like ‘Westside Story’, ‘Hate it or Love It’, ‘How We Do’ and more.

The rapper also addressed Game and Wack 100’s claim back in March that he wrote ‘What Up Gangsta’ for 50, shutting the report down and adding that Game is doing all of this out of desperation.

The music turned TV mogul talked about a story when Beyonce stepped in between Jay-Z and him because she thought there was about to be a potential altercation between them, problems with Starz network, the upcoming “Tycoon” weekend in Houston, plans of doing more music connected with TV projects and more. Watch the full interview below.