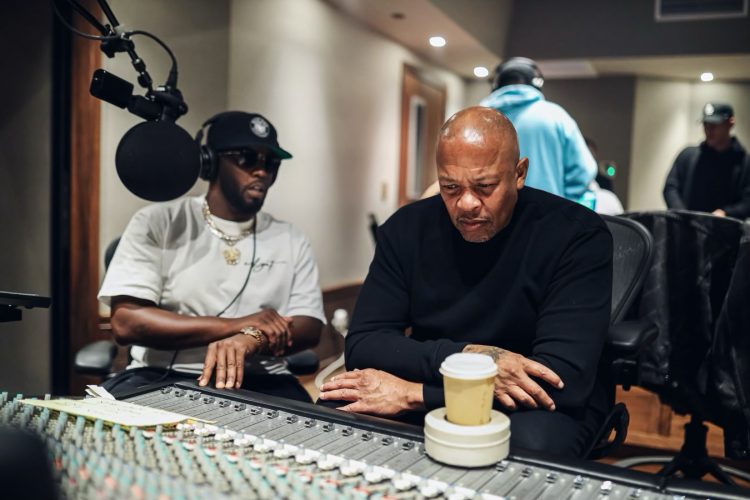 Diddy has been promoting his new single ‘Gotta Move On‘ with Bryson Tiller with dance challenges and what not.

But he’s also putting in the work for his forthcoming new album which is scheduled to release later this year via LOVE Records/Motown. However, his latest “dream” session with Dr. Dre was for some other purpose. The rap mogul linked up with the good doctor in the studio to put in some work on Dre’s highly anticipated upcoming album with Snoop Dogg.

In the press release and on Instagram, Diddy noted that Dre even coached him through vocals and that it was a dream come true.

“Yesterday, one of my biggest dreams finally came true. I remember the first time I heard @DrDre’s production. It gave me clear direction on the level of Producer that I wanted to be,” Sean Combs said. “Last night, I got the chance to work with this man and to see his genius as he coached me through vocals. He reminded me of myself, but with a different style and way more focused. I gotta step my focus up! lol But it was a great experience and I thank God for it. I hope one day ya’ll get to have the same experience with someone that you always looked up to as a hero.”

It will be interesting to see what Diddy has contributed to on Dre and Snoop’s new album. During a recent episode of Rap Radar podcast, Snoop confirmed that the joint LP is on the way.