DJ Khaled Explains How He Managed to Get Kanye, Eminem & Dr. Dre ‘Use This Gospel’ on ‘God Did’ 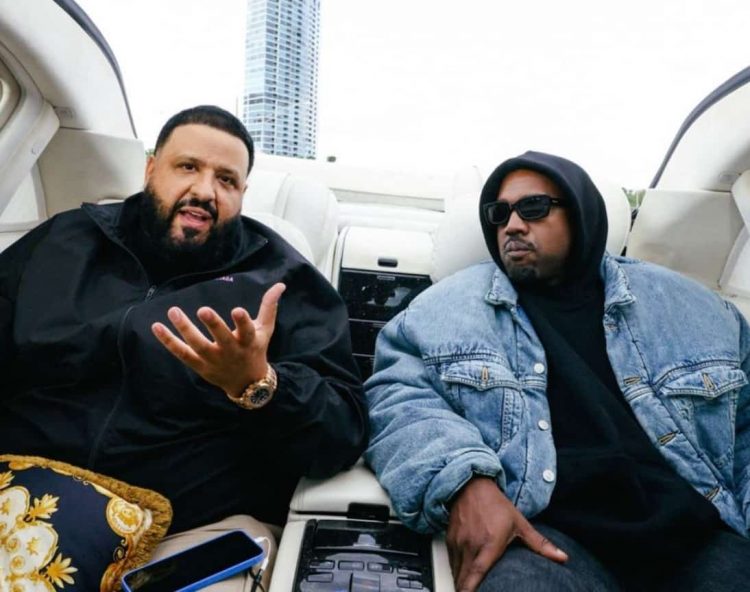 DJ Khaled’s new album God Did is out now everywhere and everybody instantly is talking particularly about two standout songs on it: the title track with Lil Wayne, Jay-Z, Rick Ross, John Legend & Fridayy and ‘Use This Gospel’ remix with Eminem & Kanye West.

When the tracklist was revealed earlier this week, fans were quite surprised to see the song listed and wondered how Khaled managed to score it for his album. It’s safe to assume that the song, a remix of the original from Jesus is King, was initially meant for the Dr. Dre produced Jesus is King 2 album from Kanye. The song was revealed by Ye on Twitter in September 2020 where he called it his daughter North’s favorite tune.

Khaled called into Zane Lowe’s show on Apple Music to celebrate the album’s release and explained the process behind it. “I remember me and Kanye worked on a few records and we didn’t finish them, they’re incredible, we just didn’t finish them. Kanye, he got so much going on, he’s doing a lot, so I’m like, “Yo,” I called Kanye one day and I said, “I got an idea,” Khaled started to break it down.

“Came by my house about a year and a half ago, I never told this story, you know that, Zane, I haven’t told this story yet. He came by my house like a year and a half ago, I played him music, first he came to my house to get some eggs, 8:00 in the morning and he just showed up to my house. I never knew he was coming, tells the chef, “Give me some eggs with ketchup,” and he had a drink. We go to my studio, I play him music, he plays me music, we both inspiring each other. He plays me an incredible album that he did with one of my idols, Dr. Dre, he played it from top to bottom for me. I couldn’t believe what I was hearing. We had a great get-together at the crib, he leaves, that’s a year and a half ago. I told you he was making records for this album, me and Ye, he couldn’t finish them because he was so busy, so I said, “I got an idea. I remember you playing me this Dr. Dre, Eminem, Kanye record and y’all was talking about God, y’all was speaking that gospel.” I said, “Man, that would be beautiful if we could put that on God Did,” and Ye hits back and says, “I love the idea.” You know Ye don’t love no idea, he said he loves the idea. I talked to Ye, he said, “I’m down,” but obviously I said, “I got to call Dre to get his blessings, and of course, Em’s blessings.” After I hung out with Ye, I called Dr. Dre and I said, “Dre, bless up, brother, yo, boom boom.” I was like, “Yo, I would love to put your song on my album that you produced with Em and Ye.” Make a long story short, he was like, “Yo, I’m down, we just got to make sure we get Em’s blessings,” and I’m like, “Of course, everybody got to bless this.” He hits me back, and Dre said, “We got you, and we love you.” Zane, this is my idol, Zane, Dr. Dre produced on my album, produced by Dr. Dre, Kanye West and Eminem. We get the blessings, before I came up with calling Ye about this, a few months ago, I texted Dre to see if this was still his number because I ain’t talked to him in a while.I said, “Bless up, brother, is this still your number?” I think he hits me back like a week or two weeks later. I ended up catching the COVID, so I look at my phone, I’m like, ” he hit me back,” but I was sick with the COVID, God bless, God is great, so I didn’t want to hit him back right away because I didn’t have my energy, my spirit wasn’t . If I’m going to talk to Dre, my idol, I got tofeel DJ Khaled, he got to hear DJ Khaled. I was working on another record that I wanted to present to him that I produced, that I wanted to present to him to get on, and I never played it for him. That’s what I’m saying, this is God Did, instead I was blessed to get a gift from Dr. Dre, Kanye West, and Eminem, produced by Dr. Dre, man.”